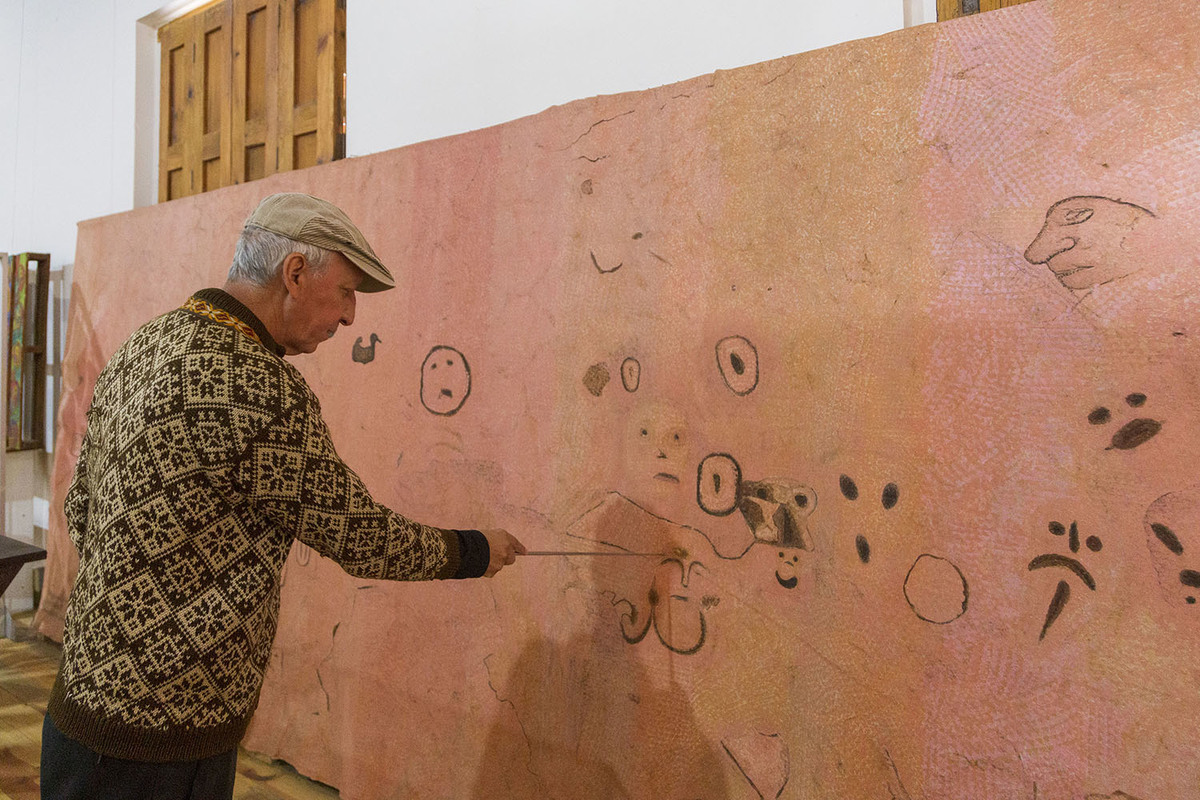 In a society Cariragco, In a municipality Tetela de Ocampo, Puebla, There are rock engravings that are up to 20,000 years old This illustrates the way of life of the first humans. A group of stone reliefs known as the Carreragco Altar It reveals similarities with cave paintings Discovered in Los Casares, in Riba de Siles, Spain.

“They are rock engravings from the Upper Paleolithic Age and the origin of the sacred geometry of the early Central American calendar. But the altar also demonstrates the existence of a society that dominated the astronomical sciences and geometry of the early calendar based on the exact calculation of the lunar eclipse,” asserts the plastic artist from Puebla, Horacio Lopez-BonillaHe graduated from the Academy of San Carlos from the National School of Plastic Arts at UNAM who assigned himself the task of studying, reproducing and managing its conservation.

The specialist recounts this part of these effects It was revealed a decade agoWhen heavy rains loosened the hillside and caused a landslide: “All this was not seen. They blew up a dirt road, an old road, with dynamite to open a hole and then they started to appear.”

Explain that all of these prints It is made of chisel stone And in 2015, when the middle floor collapsed, a mediating vestibule appeared with symbolic images. He specifies that everything is currently covered, but had time to paint Life-size replicas: “(One of them) is two meters (height) by ten”. He reports that he devoted ten years of study to them, especially a pair of trapezoidal intertwining. He also notes that after he discovered that composition on the wall, he mentioned it with a picture he saw in an art book from the Palaeolithic period in Spain.

I said to myself, ‘If there is indeed an analogy between this and Spain, I must find other elements of the discourse in Carragco in the Cave of Spain. “I found this inscription with a cone-shaped head with traces of this element here, but this is the moon’s number.”

And in this sense indicates that the inscription It is 38 cm high and 114 tall The designs are made with an astronomical compass:

“When I saw this pointer, I placed my compass and marked the east-west axis and this side coincides with the vernal equinox, which is sunlight at the vernal equinox and has an angle of 72 degrees, like the east. If I know the east-west axis, the complement is the north-south axis And the east creates a very important rectangle of 38 x 54 cm that contains the keys to the Central American calendar. “

To confirm his saying, he shows a book written by him Father of the ancient astronomy of Central America, American Anthony Francis Aveni (Born in 1938):

“He made a book entitled Observers in the Sky in the Ancient Mexico and found that there are two numbers in the Dresden Maya Codex, and they are two numbers associated with the eclipse and he assumes that if these Mayan astronomers were able to understand the cycles of the emergence of the universe and use them in two numbers, this talks about advanced astronomy. “.

He asserts that while the world is originally from New Haven, Connecticut, the United States, They failed to explain how they came to work And to those details, he can do that “thanks to this inscription. With the support of technology, he brought the ground vault back to Maya time in 500 AD and for 75 years determined the eclipse that would have occurred, and here are the eclipse cycles in 75 years. Well, I can calculate eclipse cycles.” Itself using this graph. “

He explained that he made a replica of the scale, which allowed him to verify that she had a diagonal that he could do Calculate solar and lunar eclipses Strictly identical to that of Avene. Another of their discoveries was to verify that they used the centimeter with the value of spacetime.

“So if that trapezoid rule is 73, you multiply it by 5, you have 365 days in a year, but if you multiply every centimeter of diameter by 29 and a half days, that gives you a lunar eclipse. Then, 223 simultaneous moons or lunar months you create a pyramid.” And 223 others form another pyramid, which is unusual. “

He adds that his conclusions have been met with the book A pre-Hispanic fresco in Mexico (Edited by UNAM and coordinated by Beatriz de la Fuente), “And it turns out that this coordinate system (has been applied) in Teotihuacan. Calzada de los Muertos is the horizontal coordinate that we have here to calculate the eclipse and 223 other moons building the pyramid of the sun; (other) 223 moons, the castle Therefore, I was able to find the geometric patterns in which the main city in Central America, which is Teotihuacan, was built. Specifically, it is very valuable information. ”

They ask to designate a world heritage site

Horacio Loebz, who has studied painting at the “Esmeralda” National School of Painting, Sculpture and Engraving at the National Institute of Fine Arts (INBA), declares that some The inscriptions are almost gone Others are on the verge of wiping it off. If I had not made a faithful record of this data, that knowledge would have been lost. This is why it is asking the authorities to speed up the process so that these iconic images are designated as the World Heritage of Humanity.

He pointed out that it should be preserved because “there are inscriptions showing a Early contact between southern Europe and Central America 20 thousand years before America was discovered, with indigenous sages already dealt with mathematics and geometry according to the calendar. “

He has written three books, the last of which is entitled Time moleculeWhich shows it Mathematicians of Central America They already knew the centimeter for its temporary symbolic value:

“They knew the ratio, the square root, the root of three, and everything depends on the calendar, and as an archaic or prehistoric historian, you will be able to verify this in the archaeological record. There was already an early science in Mexico long before Western influence.”

This is the reason for his insistence on preserving this cultural heritage and studying it on a larger scale.

They are accurate as well Twelve monuments in Titella de Ocampo Which indicates similarities with others found in Europe.

“The cave in which comparisons were found in Spain is called” Los Casares “, and it is in Guadalajara, in Riba de Saelices, in the middle of the Iberian Peninsula. This cave was discovered around 1930 and is considered a national monument in Spain (…) in Altar of Carreragco and there is evidence of karst conditions from the Pleistocene.It is also a time as distant as the time in Spain, but imagine the importance of reproducing these inscriptions on the Iberian Peninsula as a contribution from Mesoamerica to the world, to the development of science, to the development of cultures, because that deserves to be declared On world heritage. “

He insists that the significance of this finding lies in the fact that mathematicians in Central America were able to understand how the 38 x 54 rectangle was Calendar key.

It shows a cone-shaped symbolic letter, which embeds sIt found more than 300 throughout the country And part of Guatemala, which states that it “represents geometric equations that speak of concepts of the moon.”

Finally, to confirm its approach, it relies on two vectors:

“They are river songs, but they are astronomical vectors. Among those, this same scheme can be created for a ten-centimeter diameter (indicating a trapezoid), but if you go to this piece and analyze the proportions it takes us to 2.23, it’s 233 moons, it’s the period from For a solar eclipse, every 223 moons take place an eclipse of the sun. Therefore, pre-Hispanic pieces were built with astronomical units that can be shown as a result of finding the values ​​of those inscriptions. “