The armed forces have built a 10,000-meter border fence with Haiti since 2019 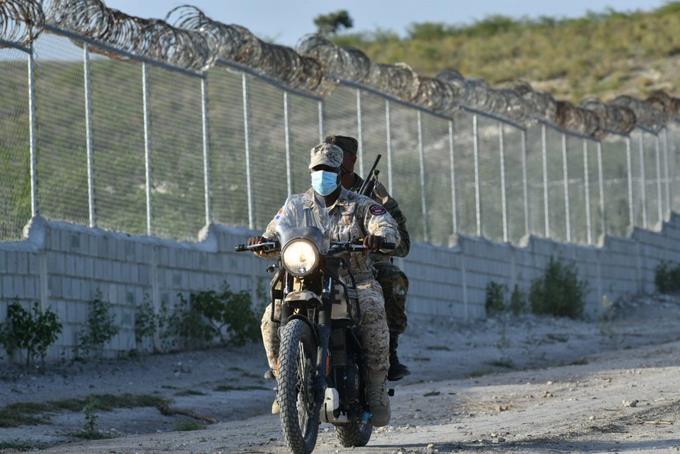 Efforts to protect the Dominican-Haitian border from illegal immigration and border crimes through a perimeter wall date back to the last government of former President Danilo Medina, specifically since 2019.

On that date, the government was in power In Pedernales, he began building a fence of 2000 meters long. However, it was destroyed a year later as the Pedernales River flooded due to Storm Laura’s passage through the area, the Defense Ministry said today.

The ministry reported today that the administration of President Luis Abenader, who took over the leadership of the country in 2020, contributed to the construction of 1,100 meters of perimeter fence in Khimani and a total of 1,300 in Elias Peña.

In July 2021, the EFE news agency reported that the border between the two countries already has at least 23 kilometers of fence, “constructed discreetly by the Dominican Republic over the past two years, in the areas of the Jimaní border crossings. And from El Carizal “.

The National Army currently has three infantry brigades, the fourth at Mao, Valverde, the third at San Juan de la Maguana and the fifth at Barahona to protect the border.

These brigades have three battalions located strategically along the border.

In addition, at the official border crossings of Jimani and Elias Peña, there are coordinated border efforts consisting of institutions combating border crimes.

Last Sunday, Abu Nader led an operation in Dagabon that began the first phase of construction of the border wall, which will have a 160-kilometer-long physical fence.

The physical fence consists of a reinforced concrete wall and a metal structure with a height of 3.90 meters.

It will also include 170 observation and observation towers, as well as some 71 access gates.