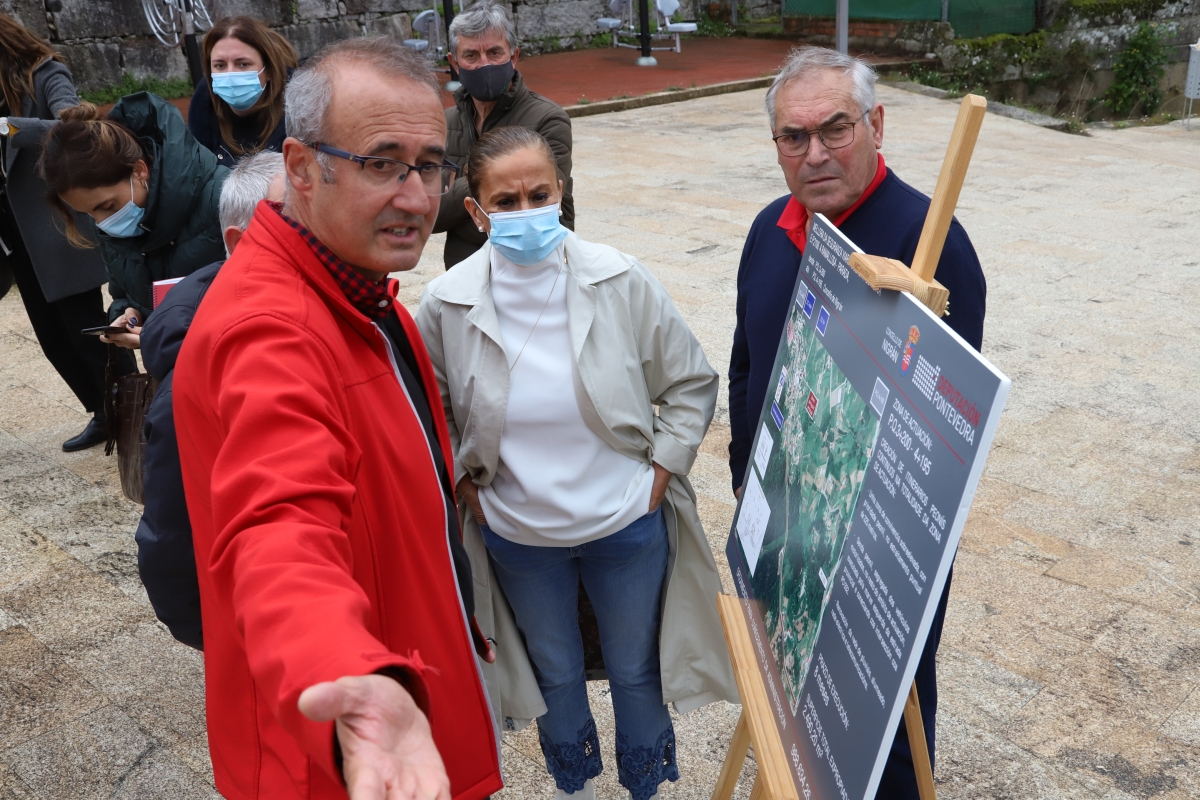 Parada parish in Negran will experience before and after once the planned pedestrian building between the Church of the Rural Nucleus and the district of Arinia, on the border with Gondomar and which was presented yesterday at the foot of the land, completed. The project faithful to the Diputación approach will be completed in the second half of 2023, and will reduce the prominence of vehicles that normally travel freely along the EP-2106 to give them to neighbors in the form of a “people friendly space”.

Despite the fact that its auction is more than a year away, it confirms from the local administration that the proceedings are in its final stage with the auction plan and favorable sectoral reports for AXI, Augas de Galicia and Patrimonio. All in all, an expropriation affecting 2,500 square meters of land will prolong the procedure for several months. The first last step will be the signing of an administrative cooperation agreement that will allow obtaining the necessary funding for its realization. Diputación will bear 70% of the expenses while the Council will take to plenary this month an amendment to hold the remaining €300,000. Once the forced occupation of the land is carried out, the measures will be brought up. If all goes according to plan, they could start in the first quarter of next year. They have a period of approximately eight months.

The tour will take place under two different configurations. The first will have a single pedestrian section 2.5 meters wide and 250 meters long extending from the parish cemetery along the right bank. Then, given the impossibility of expropriation, the so-called coexistence zone, 225 meters long, will be constructed of stone and concrete, limited to 10 kilometers per hour in the narrowest area. In its final section, the path will change to the left margin with a pedestrian space the same width as the first section to finish at the intersection with PO-332. The President of Diputación, Carmela Silva, reiterated her commitment to the municipality to make a transformation by which the spaces are humanized, and announced that in the next few years they will announce another measure in the same existing line, in this case from Camos to Chandebrito.

See also  Bicentennial Park in Celaya, a space forgotten by the government