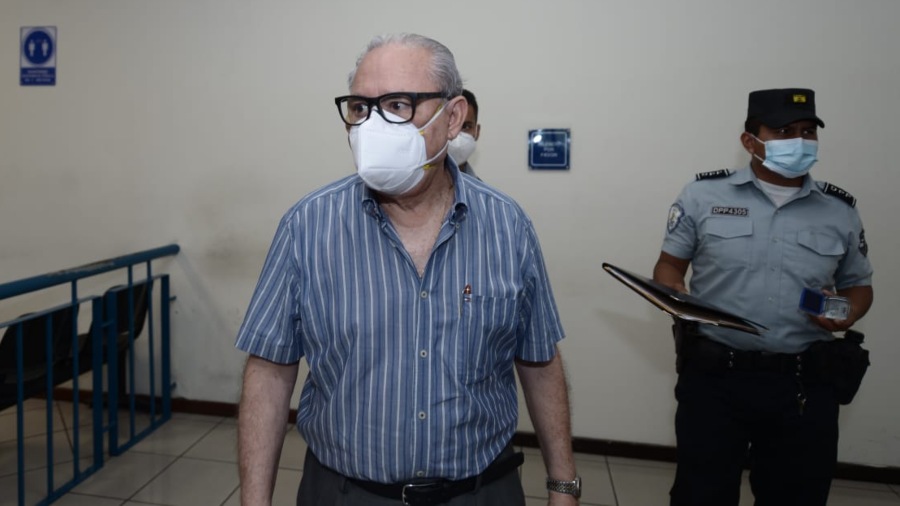 In the same case, lawyer Rolando Garcia and engineer Ricardo Parreira were sentenced to 4 years and six months in prison.

The former health minister, Guillermo Maza Brizuela, and eight other people were acquitted Friday of alleged corruption in the rebuilding of San Vicente and Usulutan hospitals because the third ruling court held that the attorney general’s office had not proven the crimes. to be tried.

In the case of former Minister Mazza Brizuela, the judges considered that he had already been tried for abusive acts, but on the same facts.

“There is a double criminal trial because there is already a verdict on arbitrary acts being the same facts,” the chief justice said.

He added, “This court considers that the principle of innocence reiterated by the Constitution has not expired. It has reached the conclusion that there is no objective evidence for the declaration of innocence.”

You may be interested: Defense of the accused in the process against former Minister Guillermo Mazza requests the termination of the criminal case

After hearing the verdict in his favour, Maza Brizuela said he was happy and “delighted that justice was done. When they asked me before the hearing what I expected, I always told them I expected a fair trial and I think that’s what has been done now.”

His defense attorney, Mario Machado, confirmed that “from the beginning we were convinced of Dr. Mazza’s innocence, and unfortunately in this process the people who will be judged have not been judged. The doctor’s innocence has been proven once again. We trust the system.”

Prosecutors in the case said they would use the legal resources granted by law to request that the acquittal be overturned in favor of Mazza Brizuela.

The attorney general’s office has always respected judicial decisions and still does, but that doesn’t mean we share their decisions with judges. For us, we will appeal because for us there was a negotiating crime, if we have scientific and financial evidence and testimonies to prove it,” said one of the plaintiffs.

Regarding the court’s argument that it was a double trial, the prosecutors asserted that “the Office of the Prosecutor has never established any facts or changes in the workplace. He was accused at this public hearing of concluding a conciliatory agreement with the CPK, with Gerardo Enrique Osegueda, with the endorsement of the conciliator.”

The former Minister of Health was only prosecuted for allegedly illegal negotiations in the reconstruction of San Pedro de Usulutan Hospital.

Ten other people were also tried for alleged corruption in the construction and equipment of Usulutan and San Vicente Hospitals. They were accused of illegal negotiations, aggravated fraud and ideological lying, among other things.

Attorney Rolando García is the legal representative of CPK; Engineer Ricardo Parreira was sentenced to 4 years and 6 months in prison for wrongdoing in the reconstruction of Usulutan Hospital, according to the ruling.

“It has been established that CPK Consultants was a fraud for the State of El Salvador through the Ministry of Health,” said one of the prosecutors.

He added that Garcia’s attorney “approved a series of tax breaks that amounted to a deception so that the Health Department could spend the money. The engineer (Barrera), who participated in the work, entered wrong information in the estimates that contributed to the occurrence of this fraud.”

See also  PLD on the coral issue: Nothing will distract us from our agenda

Ernesto Garcia, a defender of German businessman Gerhard Rudolf Pullmann, said prosecutors were unable to prove that his client had submitted documents to defraud the Ministry of Health with evidence.

In the final pleadings of the trial, the Public Prosecutor’s Office requested eight years’ imprisonment and terms ranging from six to ten years for the other defendants.

Mario Machado, Maza’s defender, asserted at the trial that the former Minister of Health only signed the reports with the recommendations made by the technicians and officials of the said project regarding the estimates of the costs of the works.