The Disney Store at Mall del Norte will be closed 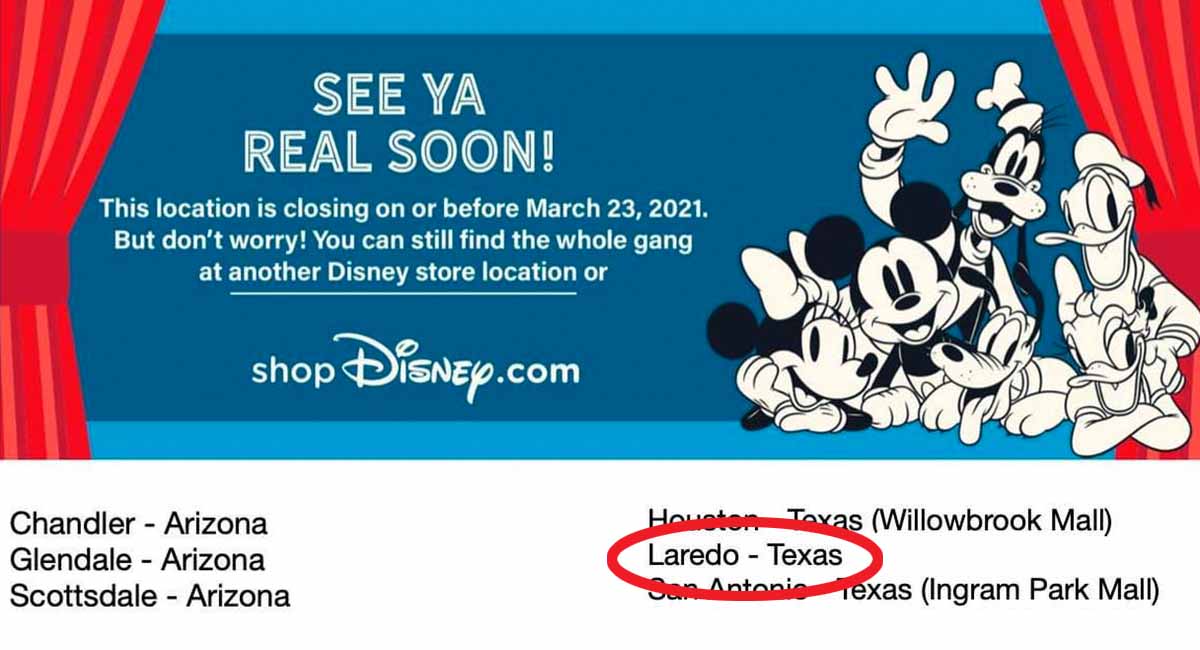 The iconic location that occupies the Disney Store in North Mall in Laredo, Texas, will close its doors, according to an official notice from the company as it will begin a staggered closure of stores starting March 23.

Disney will start dumping its physical selling points in the US as a result of new adaptations to commercial markets affected by the pandemic.

The quarantine has caused retail systems to change. Since the coronavirus pandemic hit the commercial real estate sector, there has been talk of either disappearing retail sales or switching stores to virtual online sales formats.

This prediction has already been fulfilled. Disney decided to start putting aside its physical selling points to focus on e-commerce, which during 2020 saw rapid development due to forced quarantines and restrictive health measures.

Walt Disney will close at least 20% of its physical stores before the end of the year, while trying to boost its online sales business..

Right now, it isThe 60 closures planned by the North American entertainment company will take place in North America, although Disney is also studying the possibility of closing establishments in other parts of the world.It has around 300 physical stores.

During the pandemic, consumers have increasingly purchased products and services online due to restrictions on movement and enterprise closures that have been imposed around the world to try to contain the spread of the virus.

You may be interested: Laredo, Texas:
They issue a plan to resume activity in the municipal offices

Consequently, some large retailers, especially those who have stores in malls, may experience losses during 2020, while Those that work via the Internet have fundamentally improved their sophisticationna as consumers are becoming more dependent on shopping online.

According to data from the US Department of Commerce Ecommerce sales are up 32.4% in 2020.

With information from El Tiempo