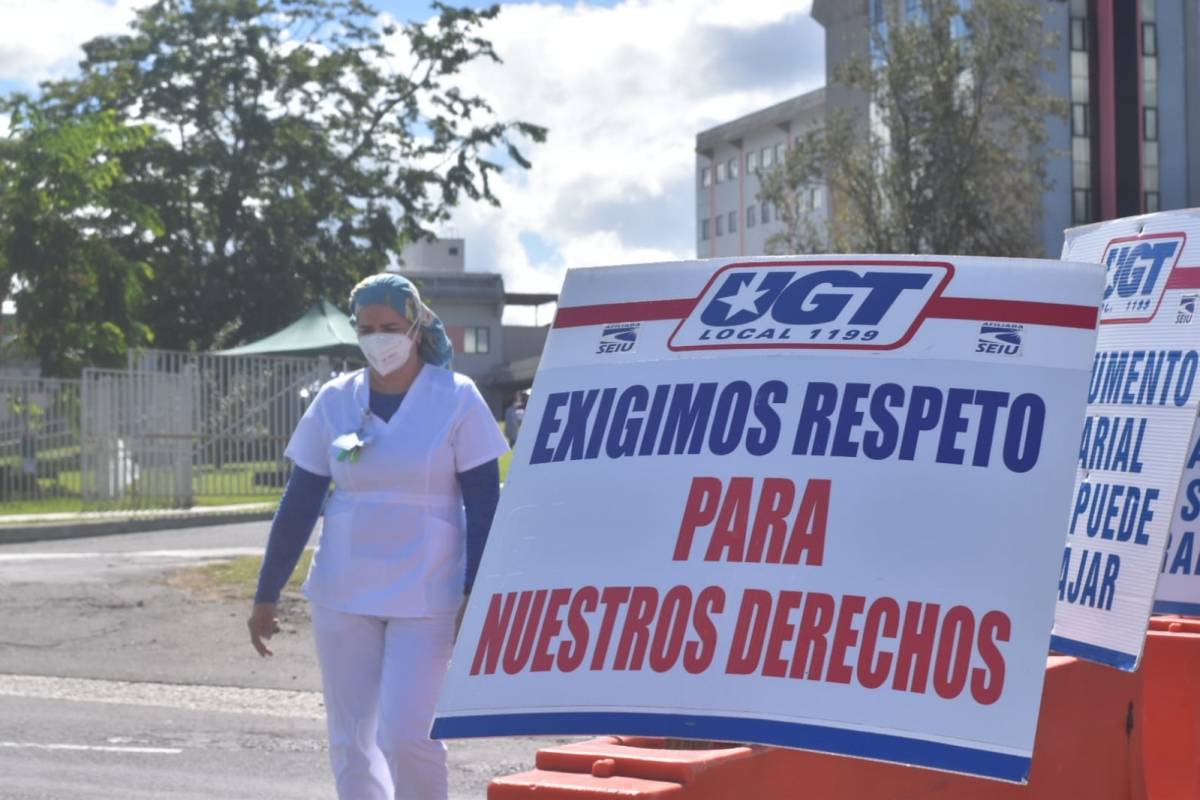 The President of the General Union of Workers (UGT), Gerson Guzman Lopez, stated that he had requested a meeting with the CEO to have the opportunity and cooperation with him until there were changes regarding issues that the governor would have shown dissatisfaction such as labor reform and working conditions of public officials.

“We have read with great interest the phrases that, in addition to expressing dissatisfaction with labor reform and his desire to improve working conditions and the salaries of public employees, the governor is interested in stopping pension cuts and amending those laws that they have taken basic rights from the working class. That is why we are asking for a meeting letter for dialogue and making We are ready to cooperate on this matter and all this is beneficial for the workers and for rebuilding a better country.

The union leader expressed that the General Federation of Workers has the greatest interest and openness to dialogue with the governor on these and other issues that affect the work environment for more than 10,000 workers representing them in the public sector, state institutions and private companies.

“We allow the ruler and the country to contribute to the experience of 60 years of our union, in defense of the interests of the working class and the welfare of the country, to find appropriate answers to the proposals announced by the first executive,” he said.

See also  Alejandro Gil will do his PhD with Díaz-Canel as a teacher... We already know how the Cuban economy will perform

“It is extremely important to correct Judge Taylor Swain’s decision to repeal the legislation adopted to reinstate workers entitled to thirty days leave and regular leave as soon as possible. Correcting this wrongful action by the judge will allow workers to enjoy the time needed to take care of their health, recover appropriately from their workday and share Good time with their families. “

The head of the General Federation of Workers did not rule out joining other sectors in the dialogue proposed by his union.

“We have no doubt that members of the trade union movement, as well as other organized sectors of our society, will be interested in joining this dialogue. We hope that our request for a meeting will be considered positively and that we will soon be able to initiate this relevant and necessary conversation,” Guzmán Lopez concluded.