The ‘Italian’ never had Covid again 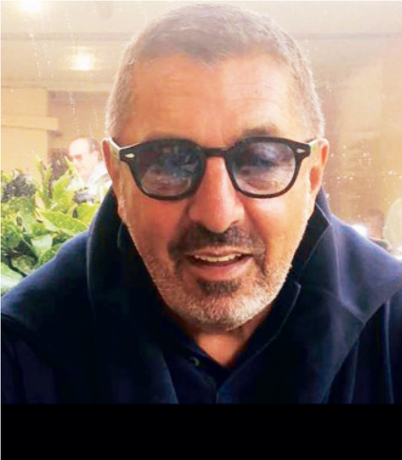 TheISTÍN DIARIO was in contact again with Claudio Pasqualini, the Italian whose first case of Covid-19 was detected in the Dominican Republic, on March 1, 2020, although it was a day like today, February 22 of the same year, who arrived in the country. According to him, being tested for this virus for a long time is a bad memory that he wants to forget.

Fortunately, none of the coronavirus variants infected him or his family. He appreciates it because he’s repeating, he wants to get rid of that chapter. Not for the least, he spent 54 days in a country that is not a country, and as if that weren’t enough, he was the focus of the attention of the Dominicans and the international community.

Two years ago, today he entered the country innocent of carrying a virus that science at that time did not know how to treat. He never came back here, though that doesn’t mean he wouldn’t go back to the Dominican Republic, “simply, after that, I didn’t go back to the Caribbean,” says Pasqualini, exclusively to LISTÍN DIARIO.

Another fact, like last year when he gave an interview to this medium, also confirms today that: “I have no consequences for Covid, I have fully recovered, despite the long-term positive tests for the virus.” This makes him happy and lets him know.

Your arrival in the country in 2020
“El Italiano,” as he is known in the country, arrived at a resort in Bayahibe on a day like today, February 22, two years ago. After a few days he started feeling ill, but he never imagined it was the virus.

Over the days, he began to have a fever and sore throat, so according to the protocol already implemented, the symptoms were enough to assess his condition. The health authorities followed up on him, and it was necessary to transfer him to Dr. Ramon de Lara Military Hospital of the Dominican Air Force. There he was received by a team headed by the then Director of the Center, Colonel Dr. Ramon Artelis, and there they actually received a diagnosis on March 1st: “the first case of Covid-19 in the country”. The announcement was made public and the victim is a 62-year-old Italian tourist, who today is 64 years old.

live the experience
It wasn’t nice to be the center of attention like this. Although he believed that everything that happened to him would come out well, he admits that fear overcame him above all, because the positive results have not changed.

day. “I was worried about my health, about being away from my family, about the risk of the virus, about staying in hospital for so long and knowing there was still so little knowledge about how to treat the virus.” He lasted 54 days in the hospital, where, after two years of being there, he does not forget the good treatment he received.

I know
keep your message
Just as he expressed it last year to the same medium, Claudio Pasqualini maintains his message that the virus is real, despite being less dangerous because of the vaccine and because there are effective treatments to lower the viral load. He is happy to know that his wife and 29-year-old son have not contracted the virus.