The JCE requires that 1,260 million be handed over to the parties and not just half as the government wants 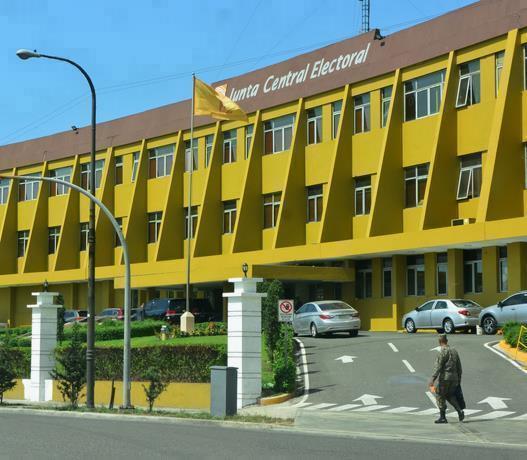 The plenary session of the Central Electoral Council (JCE) requested the General Budget Office (Digepres) to “release” all funds from state resources belonging to the entity for distribution to the various political parties.

Through a letter sent to the director of Digepres, José Rego Prespot, the president of the JCE, Román Jáquez Liranzo, said that this request was submitted in accordance with Law No. 237-20 approving the state budget for 2021.

We request that the release intended to comply with the provisions of Article 61 of Law 33-18, regarding political parties, groups and movements in relation to the economic contribution of political organizations, be made in the amount of (1,260,400.00 Taiwan dollars) and not half the amount mentioned above, and this is a commitment to the principle Legitimacy, ”establishes a message that was also signed by other members of the plenary session.

For this year 2021, the executive authority initially ordered the allocation of 1,260 million pesos to be distributed to political parties. However, according to the state budget, only NTD 630,200,000 will be allocated to political organizations, while the other half will appear under the category “Not applicable”.

According to a number of political party leaders consulted by this newspaper, this decision was not agreed upon with those organizations that were mostly against the president’s decision.

And the President of the Republic, Louis Abenadir, announced last October that he would propose to the National Congress a 50% reduction of the quota obtained by political parties, because 2021 was not electoral and therefore he will use those resources to build the extension. From UASD in the municipality of Santo Domingo Este.

Law No. 33-2018 on Political Parties, Groups and Movements provides for the redistribution of 80% of the resources allocated by the executive authority to be distributed among political parties in equal parts between parties exceeding 5% of the vote in the last elections. Option.

According to Regulation 01-2021 of the JCE which states that only the PRM and the PLD were classified as majority parties, while the popular force remained as a minority party by reaching 4.54%, in addition to the two electoral levels contested in the last elections on July 5 for the Congress and the Presidency.

According to this criterion, the PRM was left with 44.95%, and the PLD 32.30%, considering that the JCE of these two parties are the only majority parties.