They dismantle a gang that stole money from 42,000 “Stay Home” beneficiaries. 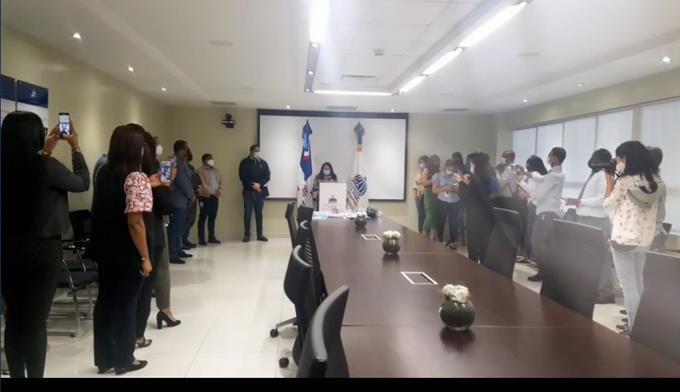 The National Police, together with the Council of Ministers for Social Policy, stated that they were dismantled by a gang of cyber criminals who stole 42,000 IDs from the “Stay at Home” social program.

He explained that the criminals worked jointly with employees or owners of grocery stores belonging to the Social Supply Network (Ras), and that they used the electoral lists of various parties and then verified them on the digital platform of social assistance programs to commit robbery. ..

Dijna Rinoso, Director of the Administration of Social Benefits (ADESS), explained that the foundation has provided the basics for the Department of Crime and High-Tech Crime Investigation of the National Police, which will initiate an investigation and find those responsible.

The prisoners were seized with a Honda Fit, a number of cell phones, election sponsors from various parties, and electronic devices used to commit the crimes.

The police called on merchants not to participate in these thefts and called on citizens to report any criminal act through the “TuPolicíaApp RD” application.