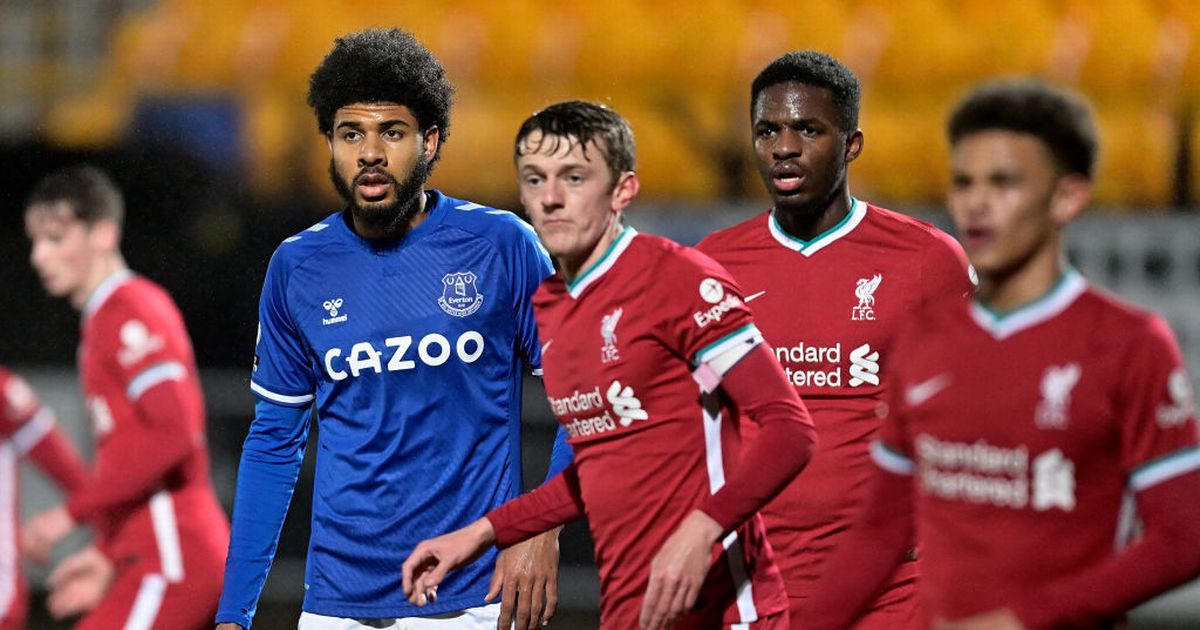 The final kick of the match perfectly sums up an evening of frustration for Liverpool youths.

With the Everton defense swinging, under pressure all the time, on the edge of an abyss, the ball fell to Reds substitute Elijah Dickson Bonner at the edge of the area.

But while his strong shot escaped back keeper and goalkeeper Harry Terrier, it fired a painful whistle behind the post, sending eyes all over the Reds.

It was the kind of night for Barry Lotas as they got locked up Draw 1-1 in a minor derby of the Premier League 2 Premier League At Pure Stadium in Southport on Monday evening.

Trailing after just 61 seconds with a shot by Ryan Hughes, the young Reds responded with an excellent performance that deserved more than Tyler Morton’s goal 10 minutes before the end of the first half.

Nevertheless, the combination of Everton’s gritty defense, outstanding goalkeeping and careless finishes meant trophy-sharing even though the hosts played the last moments with ten men after substitute Katia Kwiaty received a direct red card for making a bad mistake on Dickson Bonner.

With January traditionally been a month of change at the academy level – U-23 players exit on loan, U-18s advance to the upper age group – the first game of the new year saw more opportunities for some younger players.

Despite this, Tyler Morton had already caught the eye with two goals in four matches since his debut at this level in November.

And the 18-year-old was among those in the end that the Reds’ efforts weren’t without at least some rewards.

After Everton failed to properly deflect the ball from a Jake Cain free kick, Sepp van den Berg bounced back and Morton cut the rebound from the edge of the area into the top corner.

It was the most remarkable performance by another fan from the midfielder, whose technique was matched by a desire to preserve his abilities in the face of the physical strength of the Everton engine room.

The same could be said of the excellent Leighton Clarkson. Babe Lynders, Vitor Matus, and John Ashterberg, all watching from the stands, were definitely impressed.

While there was a youthful outlook on parts of the Liverpool team, there was experience – of sorts – at the heart of the defense.

Billy Cometeo may be only 17 but has already appeared in the Champions League, while Sepp van den Berg has played in the League Cup and the FA Cup.

However, neither of them has proven fully prepared for a regular first-team encounter, despite Jurgen Klopp’s constant defensive troubles.

The Dutchman, who was not only 19 years old in December, addressed the contradiction of last season and was gradually improving away from the big limelight, twice showing good timing to prevent a raid by left-back Everton Nils Nkunko.

In fact, with a number of clubs considering a transfer on loan this month, it now appears that Van den Berg is ready for the next step of regular exposure to top football.

In the meantime, Cometio was able to show his strength at times, and could have scored shortly after the first half, but with a superb shot saved by Everton goalkeeper Terrier.

The day before, Liverpool’s first team had been indebted to a Brazilian goalkeeper to secure a point against Manchester United.

Here, the Reds were equally grateful for the exploits of 18-year-old Marcelo Petaluga, appearing only for the second time under-23 after arriving earlier in the season.

If there wasn’t much he could do about Everton’s opening game, the teenager was impressed with his overall game.

With the Blues threatening regularly on counterattacks, Pitaluga twice thwarted Simms and also pushed out a free kick from striker Hughes.

Like fellow countryman Alison Baker, he has also shown his willingness to beat the defense, as evidenced by the tough challenge to Einar Everson after the Everton man was sent off.

Liverpool Under-23 is next in Saturday’s Premier League 2 match against Derby County in Kirkby.