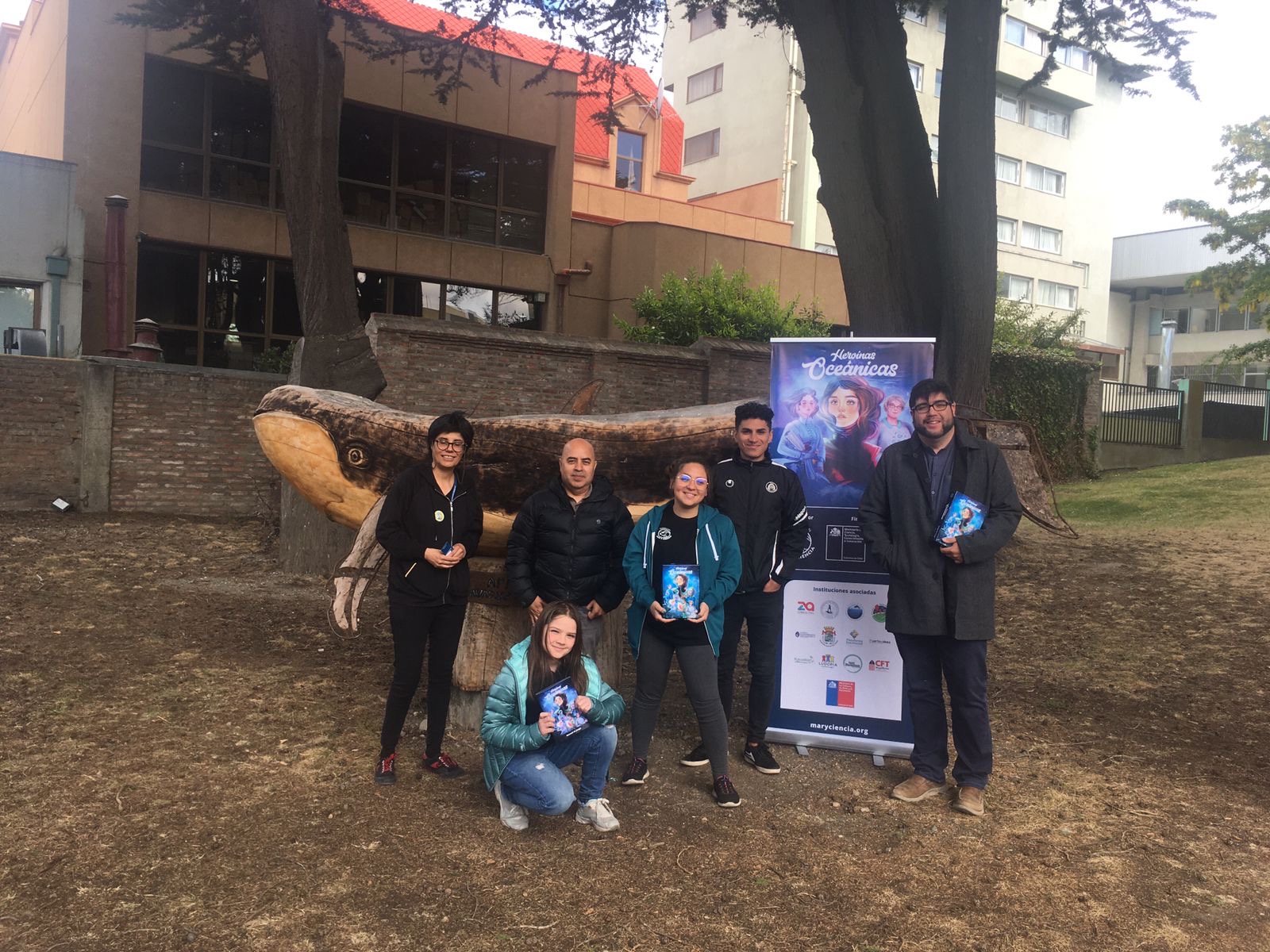 To support the publication of the card game «Oceanic Heroines». On Friday, December 9, a training session was held at the Magallanes Regional Museum of Cultural Heritage Service (Serpat) to support the publication of the game Oceanic Heroines, the result of the project of the same name developed by Fundación Mar y Ciencia, and funded by the Public Science Program of the Ministry of Science, Technology, Knowledge and Innovation . The regional director of Serbat, Pablo Quercia, initiated the activity, appreciating in particular the initiative in which the paths of the Magellan women María Soledad Astorga, Tatiana Hiromec and Judith Pardo were contemplated. The mediation was carried out by Mirna Castillo and Felipe Pizarro, of the Fundación Mar y Ciencia, as part of a series of activities carried out by the aforementioned institution in the region on the occasion of the launch of the game. On behalf of Serpat, representatives of the Regional Technical Office of the National Monuments Board, the Regional Coordination of Public Libraries, Biblioredes, the Magallanes Regional Museum and the Regional Directorate participated. The game aims to foster curiosity, creativity, critical thinking, knowledge of science, and innovation about marine ecosystems. Thus, using a playful learning methodology through letters with illustrations, the path of 16 female scientists from Latin America is revealed, whose biographies are published in the “Mujeres de Mar” section of the Fundación Mar y Ciencia website, with the aim of highlighting not only their professional achievements , but also their life stories (https://www.maryciencia.org/heroinas-oceanicas/). The heroines who inspired this game are the scientists: Andrea Pinones, an oceanographer; Carmen Morales, biologist; Delilah Aldana, oceanographer; Joanna Alfaro, biologist; Judith Pardo, paleontologist; Laila Cárdenas, a marine biologist; Lisbeth van der Meer, veterinarian; Lucia Villar, oceanographer; Marcella Cornejo, oceanographer; Maria Cynthia Piccolo, meteorologist; María Eliana Ramírez, biologist; María Soledad Astorga, chemical engineer; Rocío Alvarez, ecologist; Susanna Buchan, oceanographer; Tatiana Hermic, biologist, and Veronica Husserman, biologist. The Fundación Mar y Ciencia team will carry out several activities in the region in the coming months, during which copies of the game will be delivered to the different institutions linked to the project, who will be responsible for its distribution and application as an educational input, both at the school and at the household level.

See also  Is it necessary to leave the comfort zone and enter a space of tension, sacrifice and uncertainty?