The new face of Michael Cherinos: “I’m fine. I’m looking to the future” 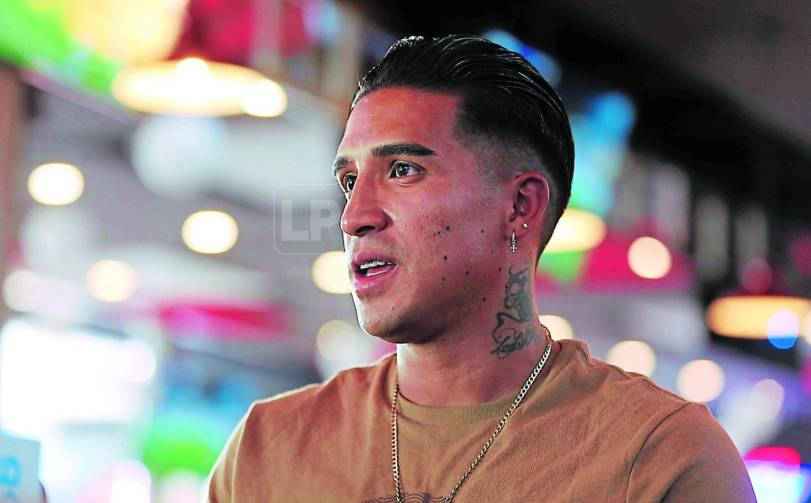 Michael Chirinos I had a nice time with press newspaper He introduced his standards in his life, his new face as a businessman, his current affairs at Olympia and of course National selection.

Plus, the 33rd place Olympia team told us which team he wanted while in Mexico and how he saw Albo’s panorama.

Tell me about Radio House Casa Campo, how did this project start?

Thank God it came to my mind with a friend, Rodrigo Rodriguez, at that time during the epidemic we experienced, and I am thankful to God, Because he gave us the idea to make a restaurant together. I’m happy with what we did at work.

How about this side of the entrepreneur?

in the best way. After a while of my football injuries, well, I started thinking about a lot of things and God gave me the idea to create the restaurant. I am thankful to God that I am doing a great job. I try to learn and absorb things for the future.

What does a Honduran or a foreigner who comes to visit Radiohouse find attractive?

It’s a sports bar, we have very good food. You come and you can watch the matches or any sporting event you will find. The idea of ​​us is to serve the customer well, we have a VIP area and a large room for birthdays, weddings and concerts.

Did you come to visit your business?

Well, when the epidemic was over a little bit, I came a little more, because I was injured and a little longer, now that I’m fine, I want my level back, but I have the support of Rodrigo and other people who take care of the restaurant in the best way.

Is it true that you were rejected four times for being in Olympia?

Yes, this is correct. I did tests in the reserves and they didn’t take me into account. It was time when I was in retirement, I was just doing it as a hobby, but a match came and I had the chance, I scored two goals and the teacher Denilson Costa He told me he had a contract with reservations.

I’m just another player and I take chances.

How many signatures or photos do they require for a day?

Tell me about your time with Lobos BUAP in the Mexican League?

In Mexico, it was the best thing that happened to me, in terms of football, after coming to Olympia. This was my first game, I scored six goals, played 33 out of 34 matches, and the only one I didn’t play was because of injury..

Is it true that you managed to play a big game in Mexico?

What anecdote do you remember about your time in Mexican football?

Once I tried the carne asada tacos, I put chili in it and thought it was a regular chili ha ha ha. I flattened my lips.

Is it difficult to play in Mexico? I say why didn’t the Hondurans come back to play first?

I loved him, it was not difficult for me, the teacher (Francisco Palencia) gave me the opportunity and told me to play quietly, he was always talking to him.

Many criticize the game Olimpia offers, do you especially like the way Olimpia is played?

The truth is that this is a new process and Professor Lavalin generally gets to know us, and The truth is that it was difficult for us to understand him because of the whole process that Professor Truglio went through in the head-to-head match. There are many of us who aren’t optimal both individually and collectively, but we are working towards it.

What was Pablo Lavalin’s speech?

The teacher knows that Olympia is a huge advantage and the knowledge he gave us costs us, but the work will always be there, thank God we have professional players who motivate us to move forward and this helps us to improve day by day

How do you see Olympia panorama in the league?

I am very calm and know my companions. Olympia in the latter cases is another thing, it is different. I see the dressing room is in danger and what happened to us has hurt us.

For the sake of the show, who do you want to face?

We respect all competitors in general and if we want to be champions we don’t have to ask for a team. We will take the competitor who comes in very seriously.

Are you worried that there is no DT in Bicolor that we have already added over 40 days?

Many things worry me, and the fact that we don’t have a technician in these cases is difficult. Decisions have to be respected, but personally I would like to have a coach who really does the scooters, and he goes forward, because we are close to the cup and we are moving on to the next stage, which is the Gold Cup.

Should it be temporary or long-term?

Yes, he must be a coach for the long term.

What happened to the selection?

So many things were missing and the qualifying rounds were different, you couldn’t be invited or be 70 percent off. We didn’t have top players accompanying Minor, Kyoto, Ellis or Choco, and that was missing for me.

What topic do you have outstanding of choice?

Pedro Truglio: An excellent person and a good coach.

Daughter: Well what happened to me.