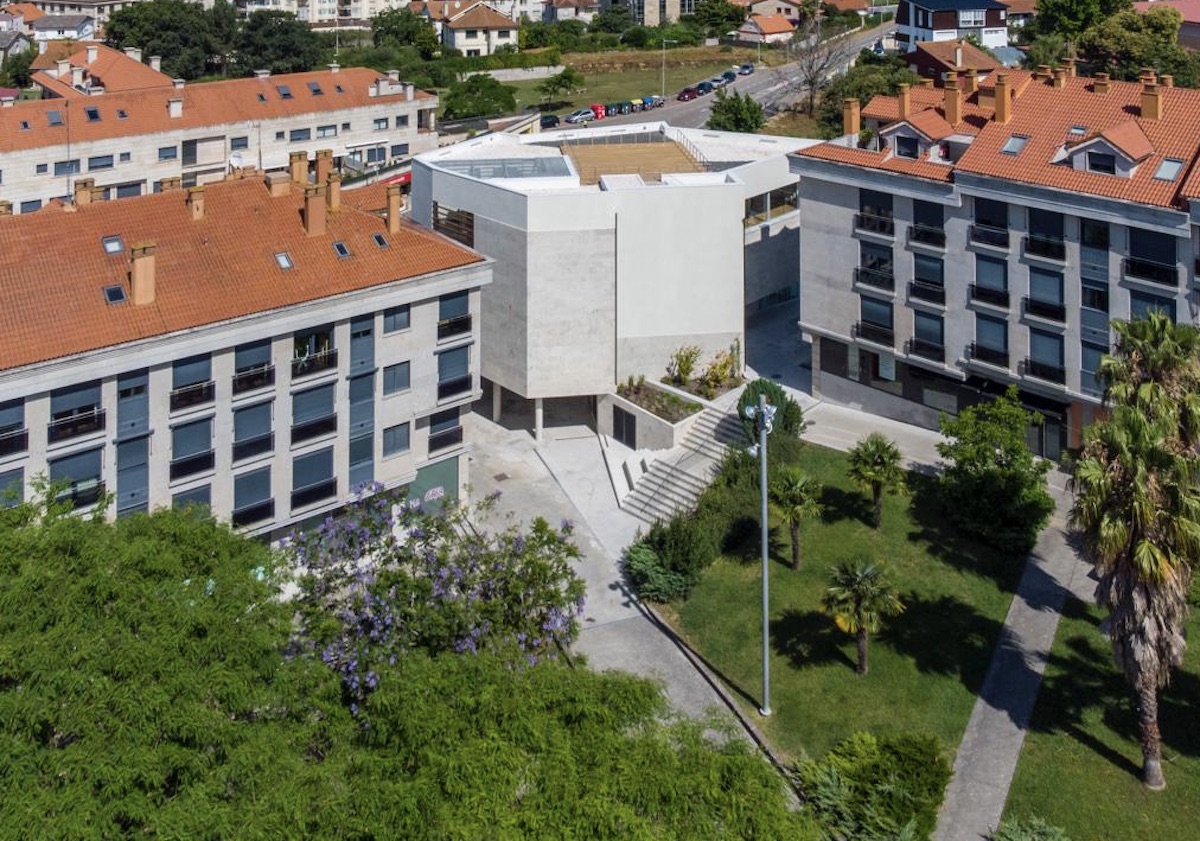 Negran Council will redesign the new Municipal Library Square to extend the social and cultural use of this large public space of 2,958 sq m which is not currently used by the neighborhood. Thus, it already has a project prepared by the same architects of the Library, Estudio Gándara Pons, with the aim of creating a perfect symbiosis between the new public building and its surroundings, complementing both places in their uses.

“The Plaza de la Biblioteca, although very large and located in the heart of Nigran, is almost unknown to the neighborhood because its entrances are not visible, nor does it invite you to spend your leisure time there, what we want is to revitalize and restore it with a simple intervention to facilitate the social and cultural uses and the business itself that you host“, Explains the mayor, Juan Gonzalez, who said he would also be ” renamed” By officially sharing the name “Rosalia de Castro” with the adjacent plaza, this led to confusion. “The neighborhood’s ultimate goal is to rediscover this magnificent square and the new design to form a perfect symbiosis with the library and its uses.‘, he concludes.

With a planned investment of 360 thousand euros, the intervention includes an amphitheater site incorporated into the existing vegetation of the Northwest region, taking advantage of the high jump (next to the library). This new longitudinal bench will be directed towards a central space in the plaza that will serve as a playful fountain for children’s play, but at the same time will be able to function as a natural outdoor setting for possible performances. At the same time, also taking advantage of the strong unevenness, a stainless steel bracket will be installed next to the new mounts. To complement the gear for the little ones, there are also trampolines on the side that go flush with the surface and an area of ​​rubber ridges.

The re-design also seeks to open up the square visually to the public and integrate it with the library, so it is proposed to pave the access from the Estrada pola Vía in stone, as it is currently in the building, and in the central axis a concrete polished floor with strips of grass. The existing staircase going down to the square will be modified by a larger staircase that continues into the pedestrian path. To finish the procedure in the sense of giving it greater access, the northeastern slope will be redesigned to make it wider. In addition, the existing surface of the square is in very poor condition, so the intervention suggests re-paving it with concrete slabs and cobblestone areas interspersed with lawns, thus creating contrasting spaces and reducing the feeling”sterilityIn front of a friendlier place.

Finally, damaged rainwater catchments will be renovated, all urban furniture will be provided with decorative lighting for new areas and vegetation will be increased, supplemented by new species and upholstery plants.