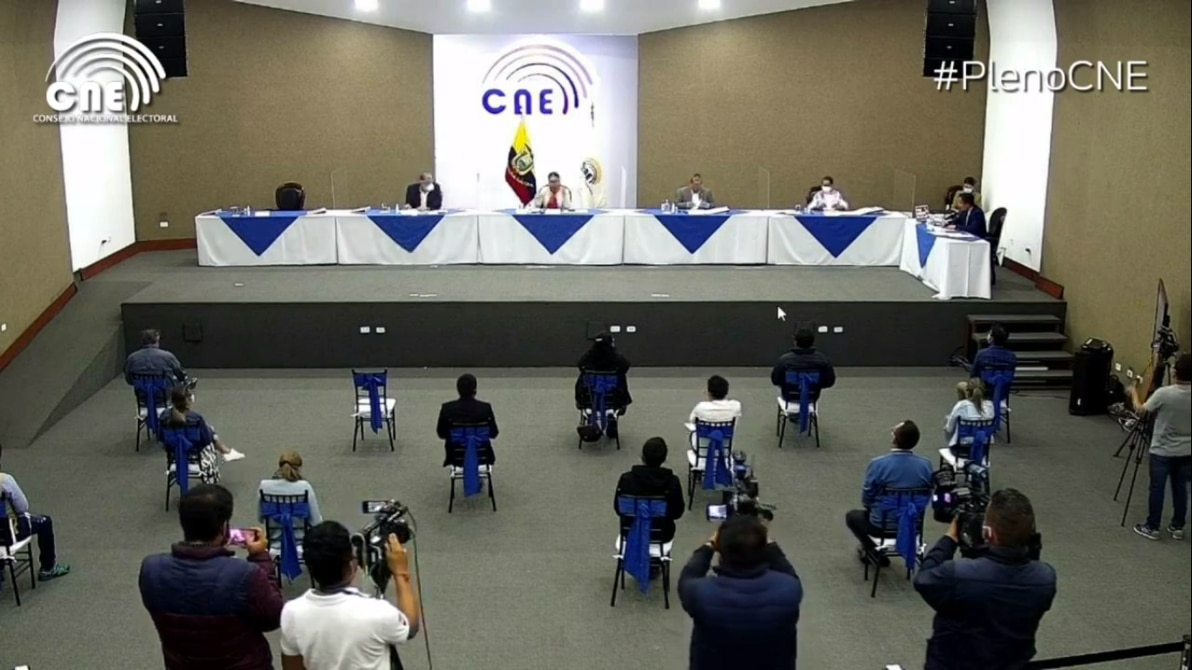 The plenary partially accepted the objection raised by Pachaktik.

Tonight, prior to the resumption of the objection by Pachakotec (Labor) to the review of 27,767 records of the presidential election, the National Electoral Council (CNE) plenary agreed a 31-minute review with news, in eight provinces, nationwide.

The review should be carried out in the provinces of Azuay, Canar, Cotopaxi, Esmeraldas, Guayas, Los Rios, Pichincha and Santo Domingo de los Chacelas.

The plenary did not allow for a numerical comparison of voters by personalities, which was the first part of the opposition filed by the Labor Party, for which it submitted 20,534 records classified into: 9,411 records of presidential binomial records and 11,123 records of senior members of the National Assembly and Andean parliamentarians. This requirement was considered unacceptable because it does not comply with the legal provisions.

She also requested verification of the record due to numerical discrepancies and lack of signatures, as they submitted 7233.

From a review by the National Electoral Council, it was found that: 1,453 minutes were repeated, and thus the number dropped to 5,780. Of these minutes, there were no inconsistencies in 5,409 minutes, that is, they are correct; 340 minutes ticked by the computer system; The same ones that were listed during the public inquiry sessions of the regional electoral councils, so a new count is not necessary, due to the applicable electoral jurisprudence.

10 records with numerical discrepancies and 21 with lack of signatures were identified.

“Therefore, there are 31 actions that the General Assembly of the General Electoral Council has decided, according to the cases stipulated in Article 138 of the Law on Democracy, to conduct a recount immediately in the corresponding provinces,” the council said.

For his part, Pachacutec candidate Yaco Perez spoke on Twitter.

“The members #CNE Going into history is not due to their connection to it #democracy But for strong economic interests that impose their rules. From twenty thousand minutes, this gives way to a narration of 31 minutes, ”Perez publishes.

Members #CNE Going into history is not because of their connection to it #democracy But for strong economic interests that impose their rules. From twenty thousand minutes, they make way for a 31-minute recount (!!). We do not ask for alms, but to respect the will of the people # Ecuador pic.twitter.com/4RzwjSqcN7

Indigenous movement groups that gathered outside the CNE were dispersed by the police. (I am)