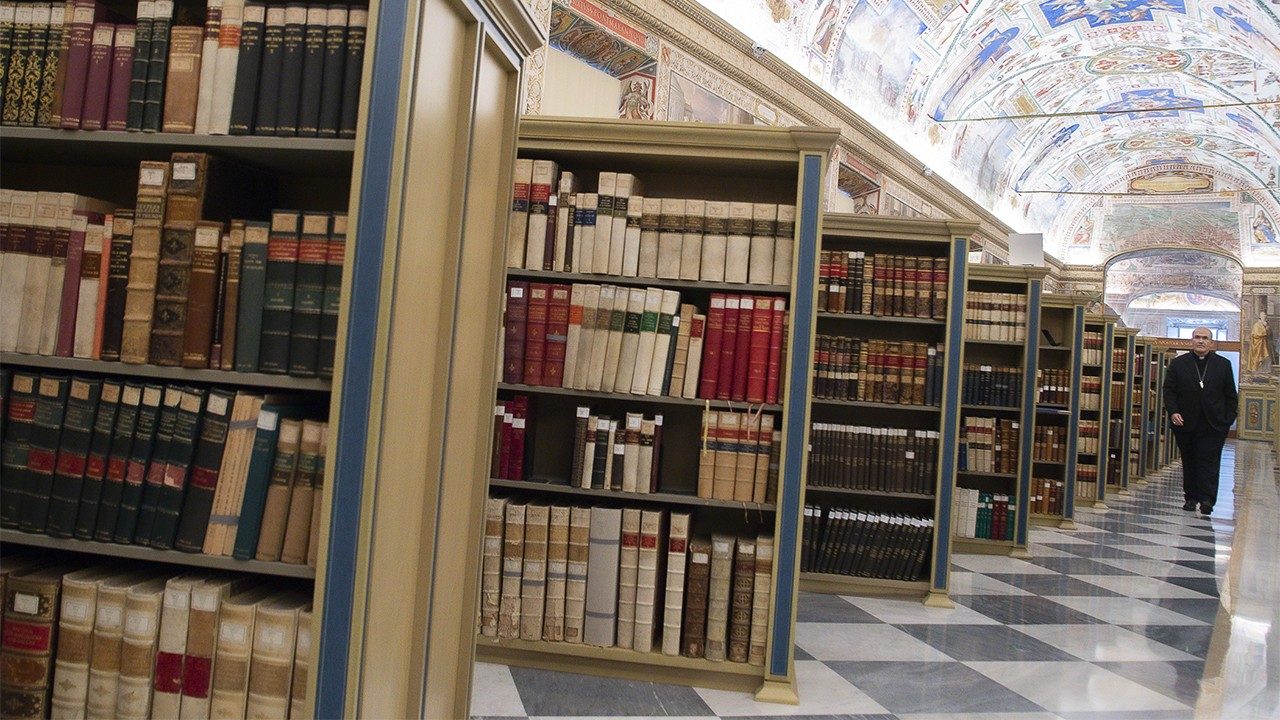 On November 5, the Pope will visit the historic residence in Patio del Belvedere for the opening of the exhibition “All. Humanity on the Road” with works by artist Pietro Ruffo. A journey through travel maps, ideal maps, human desires and ideals

On November 5 at 5:00 pm, Pope Francis will visit the Vatican Library and inaugurate the new permanent exhibition space in which for the occasion will be held the exhibition “Everyone. Humanity on the Road”, with the support of the heirs of American businessman and philanthropist Kirk Kerkorian.

A new chapter for the Vatican Library

The opening of the new exhibition space marks a new chapter in the centenary of the history of the mission to preserve and publish the Vatican Library. In the rooms facing the Patio del Belvedere, in a dialogue between ancient treasures and new instances of contemporary art, a special installation was made for the occasion and great works by the famous Roman artist Pietro Ruffo were on display. These make up the exhibition “Everyone. Humanity is on the way.”It is inspired, among other things, by the meditations proposed by the Pope in the encyclical Fratelli Totti, Don Giacomo Cardinale, Simona di Crescenzo and Delio Proverbio.

Tolentino: Supporting a culture of social

For Cardinal José Tolentino de Mendonca Librarian, the opening of the new exhibition hall is an opportunity to “support the culture of the meeting”: “Our commitment is to strengthen the cultural role of the Vatican Library in contemporary times,” he explains. “From a great library, a commitment is to be expected to realize what Pope Francis prophetically calls a ‘culture of encounter’. That books come out to meet readers, tracing original paths. That knowledge preserved as memory can answer questions that pose the present. That history meets the present, and opens new horizons. Not just about what we were but also about what we could be.”

See also  This is the "Dining Hall", the new (glamorous) dining space in Madrid

For his part, the Prefect of the Vatican Library, Monsignor Cesare Pasini, emphasized the desire to “gain a new perspective on ourselves, and to rethink what we possess”: “We have rediscovered works we knew only partially and acquired others, ancient and modern, to enrich the Vatican’s collections. Such as Pietro Ruffo, Who is no longer the same man we met a few months ago, we also feel we are no longer the same, which is an important feeling for a secular organization like ours.”

“The encounter with the immense heritage of the Vatican Library was like a journey into knowledge, geography and human history,” says Pietro Ruffo. He adds that the analysis of the great work that is the Earth through the precious maps preserved here, has given rise to a series of unpublished works. The dialogue between my research and the terrestrial and celestial maps of different times and cultures chart an increasingly interconnected humanity responsible for its fragile relationship with its ecosystem.”

Maps of man’s dreams and despair

Among the various works on display is Evliya Celebi’s Seventeenth-Century Map of the Nile, a unique travel mapping work of about six meters in length, accompanied by Ruffo’s reinterpretation of it. At Sala Barberini, Ruffo—integrating into the 17th-century timber structure—will propose a site-specific installation that transforms the space into a lush tropical forest. The topic is “non-geographical cartography”, understood as that interior that man throughout history wanted to reveal through the representative scheme of the map: a way to describe not only the objectivity of the Earth, but also ideals, travel, discoveries and beliefs. “Audiences – explains Don Giacomo Cardinale – will find allegorical, theological, satirical and emotional maps exposed. Maps of desire and protest, of dreams and human despair.”