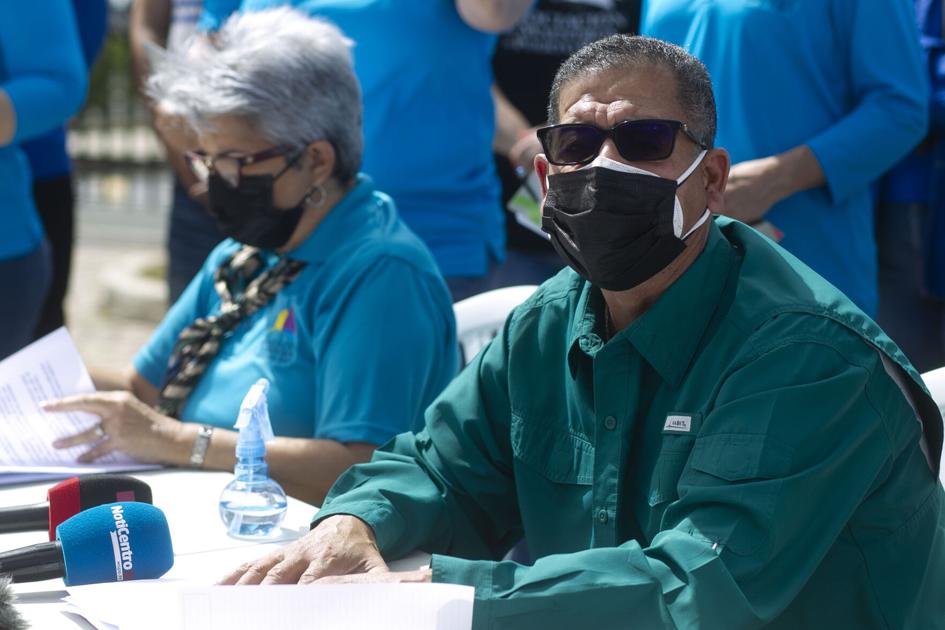 After a thorough analysis of the Ministry of Health’s protocol for the school reopening process, the President of the Teachers’ Union (AMPR), Victor Bonilla Sanchez and the Secretary General of the Local Trade Union indicated that although it appears to be very complete, the protocol does not adapt to the reality of the school community.

We realize that the protocol is complete and addresses various issues and scenarios for the opening of schools, but translating it into a document and something else to be implemented taking into account the reality of our schools. Certainly the protocol leaves you with many doubts, because we know that every school community is a scientist and that we are a few days away from the opening date. Bonilla Sanchez made it clear that the date should be in August and gradually.

Meanwhile, Grisel Toledo Correa, secretary of AMPR’s local association, said the protocol raises many concerns regarding the health and safety of teachers, and therefore students on campus.

The document provided contains the areas to be considered when reopening schools. However, within the recommendations presented in the protocol, there is much of concern because we know how ED works. He said that what is written and recommended is one thing and what education will do is another. “

“The federation does not agree that a teacher who does not have vaccine doses and 10 days to comply with immunization has passed. On the other hand, workshops have been set for teachers, but when will they be? Before restarting classes? We request that we be allowed access to these workshops.” “.

See also  Alan MacDonald, The Man Who Didn't Want The Challenger To Take Off | Science

In addition, there is an indication of intermittent entry and exit for both teachers and other staff, as well as for students. Who will ensure they reach and adhere to the tiered schedules? The truth is that there are many operations that must be executed in such a short time. “

Toledo Correa added that they “talk about acrylic or physical barriers, but DE has not considered putting acrylic on desks or anywhere on campus. The use of outdoor basins has also been mentioned in schools, but we are not aware that the Department of Development has reported installing these. Sinks, so they will only have those in bathrooms. “

One wonders who will control the entrances and exits of the bathrooms? Will staff be hired all the time to carry out this task? This has not been contemplated by the protocol. There are a lot of concerns and doubts that have yet to be clarified. This is an issue that affects the lives of all components of the school community. You have to be responsible, “Toledo Correa concluded.