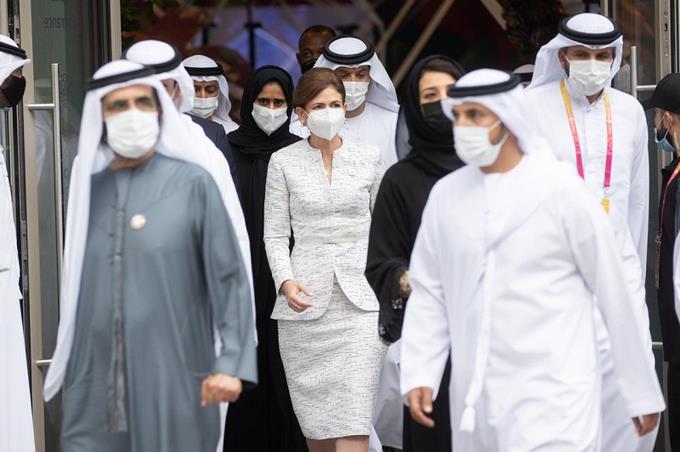 During her stay in Dubai, the official held meetings with prominent personalities to enhance trade relations between the two countries, with the aim of boosting Dominican exports and foreign direct investment.

“Through this successful participation we witnessed at Expo 2020 Dubai, we were able to strategically show the world our export products, our tourist and cultural attractions, as well as the Dominican hospitality,” Peña said.

Peña, who returns to the country via Las America International Airport, Dr. Jose Francisco Peña Gómez, on a commercial flight, this Sunday at 8:50 pm, confirmed that the Dominican pavilion exceeded 4900 visits per day, which means that thousands of foreigners had the opportunity to live the experience Unique to the culture and attractions that the country enjoys.

In his participation in the official ceremony of the National Day of the Dominican Republic at Expo 2020 Dubai, Peña said that the Dominican government is working to strengthen relations at the international level, regional integration and bilateral cooperation.

In the same way, Peña toured the facilities of the UAE pavilion accompanied by the Dominican and Emirati delegations, led by His Excellency Sheikh Nahyan bin Mubarak Al Nahyan, who then visited the space of the Dominican Republic hand in hand with the Vice President.

The Chairman and Coordinator of the Investment Promotion Board also held a bilateral meeting with the authorities of the United Arab Emirates, in order to further strengthen relations that can benefit the Dominican people with their investments in the country.

At the end of the tour, Raquel Peña signed a book honoring the exhibition, in which she wrote a letter in which she thanked the United Arab Emirates for welcoming her during her stay, and said she trusted the strengthening of trade relations between the two countries. .

“Receive the gratitude of the Dominican people for welcoming our products, our people and our culture to Expo 2020 Dubai. We are honored the relationship we have developed with the UAE, which we trust will continue to strengthen and grow for the benefit of both countries,” the Vice President wrote.

It is noteworthy that the purpose of Expo 2020 Dubai is to stimulate the economic, cultural and scientific growth of the participating countries, and it has been held every five years since 1851, and the last edition was attended by more than 15 million visitors from all over the world. the scientist.