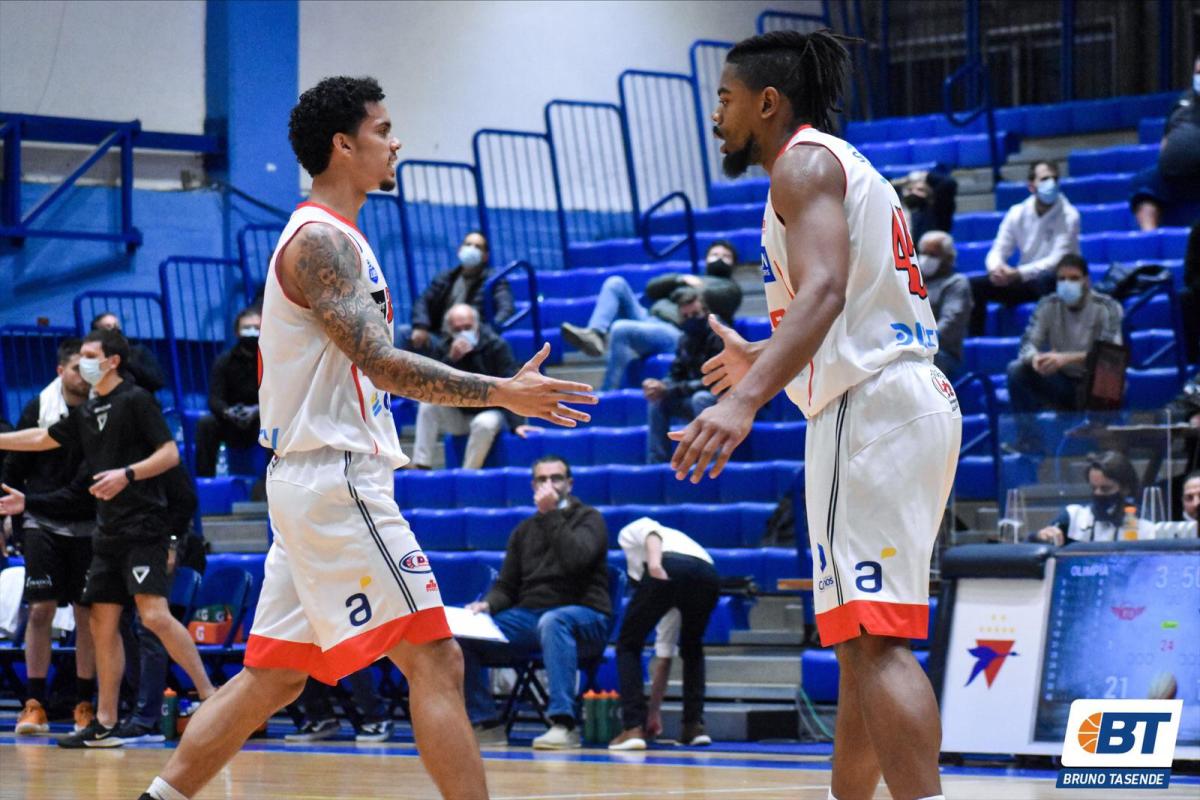 Equalize at the start of the game with two completely different attacking options. On the Capitol side, the constant search for ball possession was a prolonged bell as Olympia picked a fast target basing its attack on rim cuts and classic velocity. As the Daapunta period developed, Thomas took charge when attacking and finding solutions, but Brian Garcia and his rudeness managed to get an income for those from Colón. Gerardo Gori found in Marvin Phillips superior physical strength in the painted area and high efficiency in external firing. In the final minutes, Abel Agarbado was in charge of running the team to his liking, and the Olympic enjoyed a good match, winning the first quarter 34-23.

With a 6 to 0 partial led by Salvador Zanotta, the Capitol welcomed the second quarter. Soon the white machine fans took control and the duo of Skyler Hogan and Zigimantas Ryuka entered the Olympic scaffolds and opened the way to the scoreboard once again. The good moment for the best team of the regular season was led by performance on both sides of the field by Phillips, who was at the time unsustainable for the opposing defense. Paul Harrison’s comeback caused the ball to pass into his hands and Prado’s goals were on the rise. Once again, Phillips, accompanied by Agarbado, risked in the final minutes to win a long run 53-44.

After pausing, the Prado men came out another position on the rectangle and with great enthusiasm they went to the game but clashed with the best version of Hogan. The American deployed his blow dryers and the Olympic knew how to control his opponent’s hostel. The good scrolling of Goree’s thoughts nullified all those that Diego Cal had produced. The absence of aliens from the Capitol in the mass scaffolding has mortgaged black and white opportunities and forced Miguel Bariola to carry the team over his shoulder and try to alter the image displayed in the middle of the room. Fraybentino’s appearances were good but they did not succeed in being drawn to the scoreboard, which caused the entry of the Olympic in the last period with a win 74 to 60.

Once again, the Capitol went in search of the match and this time they had Thomas in the scoring and that shortened the distance in the score. In the reload, Phillips and Hogan returned to wreak havoc with their attacks and little by little they were swinging the comparison in their favor. In the eagerness and desperation to close the match, there were defensive mistakes that Salvador Zanotta used well. The passage from region to region that Gauri asked for its fruits came and from there Olympia ruled the proceedings. Circumference Colón had luxurious final minutes that kept the score in favor of the Olympian by 96 to 80.