They defended the sowing movement with science 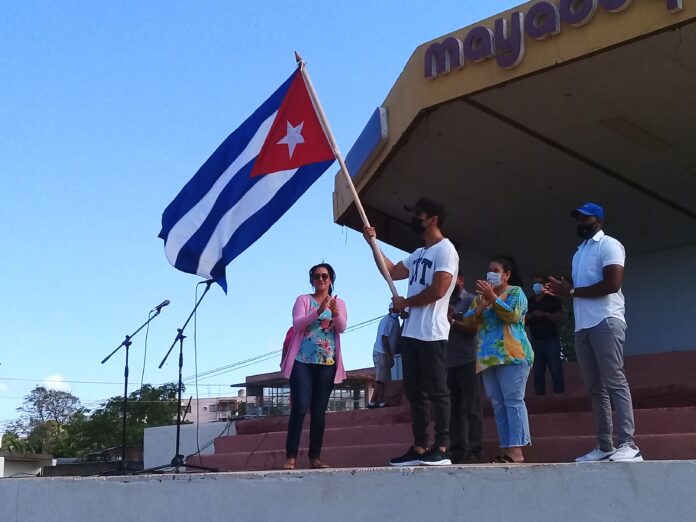 The Sowing with Science movement, from the municipality of San José de las Lajas, was supported on Monday in Plaza Mayabeque by the presence of university students and polytechnic education, along with the main authorities of the party, the territorial government, agriculture and other participating agencies and organizations.
In this way, the Region responds to the State’s call to contribute to achieving sustainable production and a healthy and nutritious diet for all.
It is a governmental, cross-sectoral, cross-system movement whose overall goal is to enhance the connection of the actors who make up local food systems to science and innovation and to favor students, scientists and experts, along with producers and government.
This movement promotes the application of science and innovation in local food systems, in accordance with the characteristics and potential of the territory, while encouraging good communication and training of local actors to implement the plan of food sovereignty and nutrition education. In addition to the implementation of 63 measures referred to in the country for food production.
Participating in the movement are the Ministry of Agriculture, Science, Technology and Environment, Ministries of Secondary and Higher Education, Culture, Municipal and Regional Governments, Academy of Sciences, PCC and UJC, Youth Technical Brigades, FEU, FEEM, CTC, FMC, CDR, Cuban Association of Livestock Production Cuban Association of Agricultural and Forestry Technicians Cuban Association of Veterinary Medicine and ANAP
Vicente Rodriguez Iglesias, Head of the Agriculture Delegation of San José de las Lajas, explained that the purpose of the meeting is to implement the movement in the territory to meet expectations by supporting the group that will be part of this initiative.
There is great potential for San José de las Lajas to achieve these goals, given the presence of many key entities in the development of science in various branches, the different scenarios for applying the results and the abundant mass of students and professionals inspired by the development.
The words of María Elena Rodríguez Perez, Mayor of San José de las Lajas, addressed them during the flag ceremony, who expressed her honor by marking this valuable working group.
The week of this movement’s activities in the Mayabeque capital will culminate with a workshop at the National Institute of Agricultural Sciences on April 30, where group members will share experiences and carry out educational exercises with science experts.