They will invest $1,500 million in the Barahona-Enriquillo Expressway 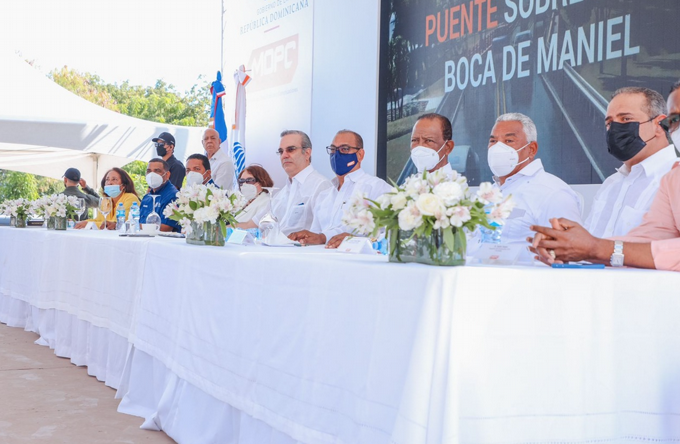 Yesterday, President of the Republic Luis Abenader issued the first decision to start the reconstruction of the Barahona-Enrique Highway, a work whose initial budget will amount to about 1,500 million pesos and will affect the lives of more than 100,000 people.

“We are ready to work together to achieve economic and social progress, improving the quality of life and a very special goal: the happiness of its citizens,” the president said during a ceremony in Barahona, one of the provinces he visited during this period. Weekend in the southern region.

The aforementioned highway, which residents have been demanding for years, will have two lanes of 3.65 metres, according to Public Works Minister Dillene Ascension.

President Abenader also announced the intervention of the Pintora crossing and that the Bani corridor will be ready by the end of next year, while the Azawa corridor will be for the third quarter of next year. Initiatives described by the head of state as “revolutionary.”

Likewise, it participated in the initiation of the construction of a project of 40 Green Houses, through the Directorate General of Strategic and Special Projects of the Presidency (Propeep), in the neighborhood of Pueblo Nuevo Arriba with an investment of 60 million pesos “and it will be at the level of smart cities in countries such as the United States, Canada and Europe”.

Other activities in which the President participated on Sunday included the inauguration of the Santo Domingo Sabio (La Playa) Educational Center in Palmarito, with an amount exceeding 102 million pesos; The starter will enter about 300 homes during the first phase of the trial plan with my Converter Coupon.

Similarly, Abenader started a “Pinta tu Barrio” program in that province with the aim of improving the facades of at least 1,500 homes in all of its municipalities.

Millionaire works
On Saturday, Luis Abenader traveled to Galvan, Bahruko Province, to open a municipal hospital that cost over R$10,000,000, which is expected to affect more than 15,000 residents of this community and surrounding areas.

Investments in the south include the renovation of the beaches of Los Patos and Chiaito, both in Barahona, valued at more than 83 million pesos; As part of the tourism development plans and economic recovery of this region.

In Los Patos, in addition to the reconstruction of the yard for sellers and parking lots, it is planned to build a medical dispensary, rehabilitate sewage, beach and landscaping equipment.

While in El Quemaíto the docks and containment will be built security booths, shower areas and 33 parking spaces. There will be additional internet access, security cameras and lighting.