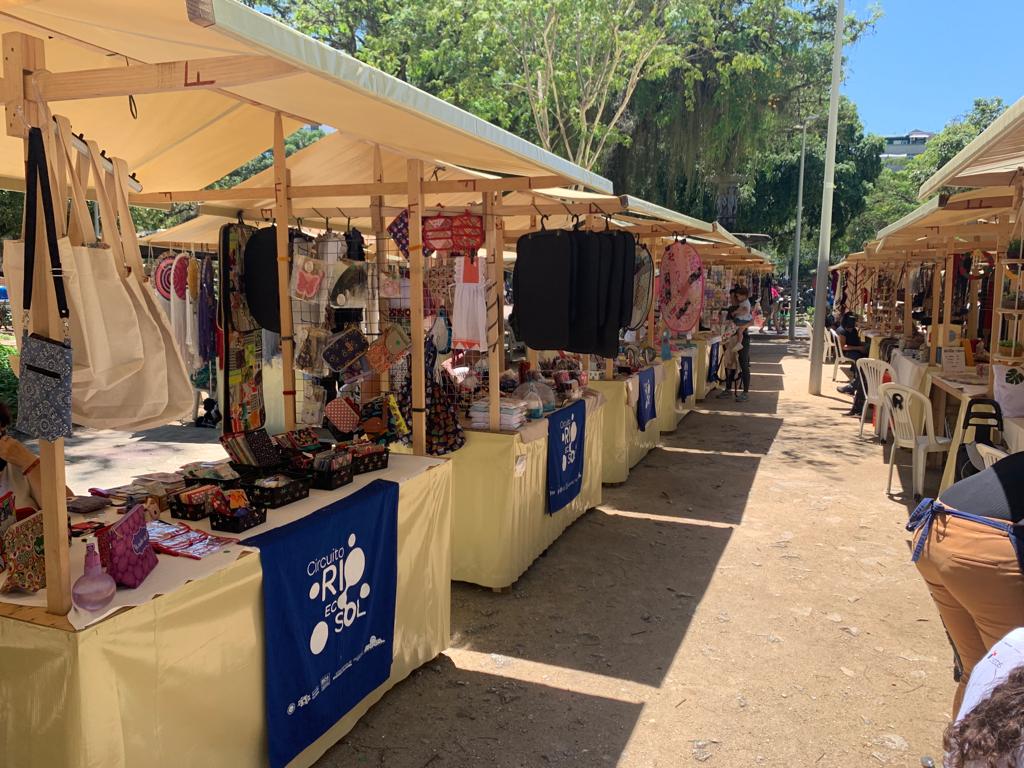 The Solidarity Economy Fair (Ecosol), promoted by the city of Rio through the municipality’s Department of Employment and Income, won a new space for the craft fair: the traditional Praça Comandante Xavier de Brito, located in the Tijuca region, also known as Praça dos Cavalinhos. As of Saturday (23), the public space is part of the neighborhood’s Solidarity Fairs network, which is already taking place monthly in Afonso Pena and Saens Peña squares.

On a sunny Saturday, residents of the area came to see the fair, which mixes fashion, decor, handicrafts, and folk art. It’s all done manually and with a lot of creativity by the Solidarity Economy pioneers in Rio de Janeiro. For children, the Tijuca Network invited children’s book writer Marta Maria Niemeyer, who narrated the story “O Reino Encantado” for its author.

The craftsmen of the Income Generation Project of the Municipal Institute Nise da Silveira also participated, for the first time, in the Ecosol Circut of the Tijuca Network, and were able to showcase their work.

The Rio Ecosol Circuit was established in 2014 to sell artisanal products in public spaces and city squares, and currently has 300 artisans. About 90% of women. They are different from traditional fairs because there is no resale of industrial products, and everything is handmade and from recyclable materials. It is a productive segment that is presented as an economic alternative to reduce unemployment and generate income.

We need to support those who do the artisanal trade of products. Many families make their living in this economic activity that contributes so much to the economic recovery of the municipality – confirmed the Minister of Labor and Income, Sergio Felipe.