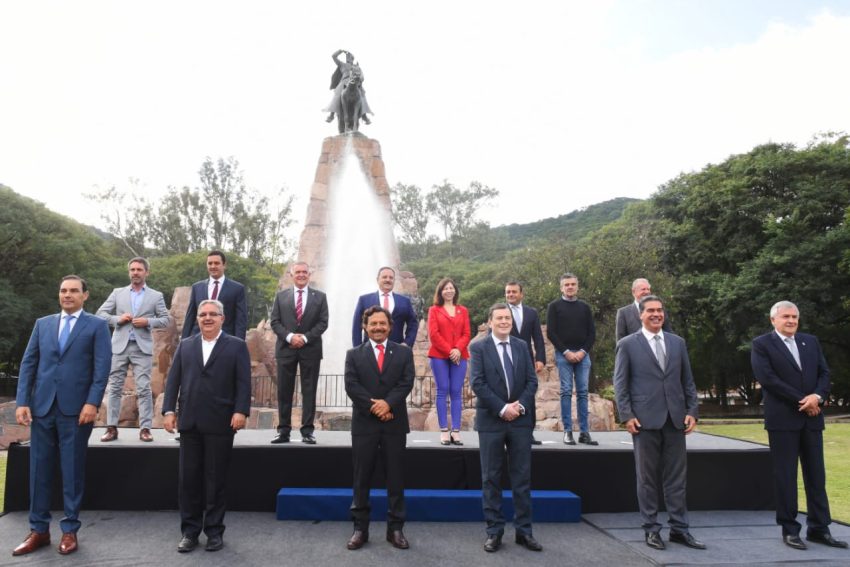 Governor Gustavo Valdés represents his presence in the Ninth Assembly of the Regional Council of the Great North, with the help of leaders from ten provinces of NOA and NEA, which is in plenary session in Salta, with a diverse agenda of topics, among that the establishment of the Agency for Investment and Foreign Trade in the region, the share of fuel The gas, solar energy program, and the Investment Guarantee Promotion Act, among others, stand out.

Noting the importance of this meeting, Valdes explained that it aims at “a space for action, constructive dialogue and joint agreements” to promote the “fair” development of the provinces of northeastern and northwestern Argentina.

The meeting is chaired by Chief of Staff of the Nation, Juan Mansour. Accompanied by the Minister of Social Development Juan Zabaleta. Territory Secretary, Sylvina Patakis; and Energy Secretary, Dario Martinez, among other national officials.

before the meeting, the rulers of Salta, Gustavo Sainz; from Santiago del Estero, Gerardo Zamora, also the pro-Norte Grande president; Of Missions, Oscar Herrera Hoods; from Catamarca, Raul Jalil; from Corrientes, Gustavo Valdes; From Jujuy, Gerardo Morales; from La Rioja, Ricardo Quintella; and from Tucuman, Osvaldo Galdo; Together with Capitanich and Formosa Governor’s Lieutenant, Eber Wilson, the institutional photo was taken at the monument to General Martín Miguel de Güemes.

Then they headed to the Sheraton Hotel, in the capital of Salta, where the activities began.

Today’s agenda includes 9 points, among which are the signing of the Regional Integration Agreement in Norte Grande; Creation of the Norte Grande Foreign Investment and Trade Agency with the Federal Investment Council (CFI); And the problem of fuel and gas quotas.

Other topics are the achievement of Expo Norte Grande; offer a pre-investment program; From the work of the Federal Infrastructure Trust Fund, and the work of the District Program.