Valentine and Segura did not attend the interrogations about Odebrecht’s bribes, claiming discomfort 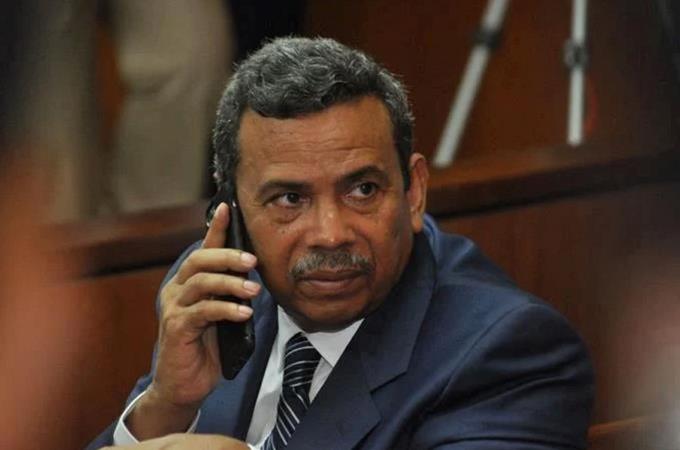 The former director of the Dominican Corporation for State Electric Enterprises (CDEEE), Radhamés Segura, did not appear this Thursday in the interview he had scheduled with the Inspector General of the Public Prosecution Office.

Segura, who was summoned at 3:00 p.m. to answer questions about the Brazilian construction company Odebrecht’s bribery case, provided through his lawyer Nasser Rodriguez a medical excuse that he claimed was going through a viral operation.

The lawyer said through a call made by the local press: “Judge Juan Medina was informed that it was the place where Radamès was summoned, and they will give us another appointment to appear before the judge.”

The Public Prosecutor has begun to question the eight persons involved in the Odebrecht case, who were favored by the final registration of the file filed against them.

In addition to Segura, the authorities are expected to question the Speaker of the House of Representatives, Alfredo Pacheco; Rudi Gonzalez, Cesar Sanchez, Bernardo Castellanos and Maximo De Aliu.

Although his appointment was last Wednesday, former Senator Julio Cesar Valentin also offered a medical excuse. The chief of the Dominican Liberation Party (PLD), Juan Timistocles Montas, was questioned about the case on December 4, 2020.

The final file was signed in favor of eight of those involved in the Odebrecht case one year and three months after the then Prosecutor of the Republic, Jean-Alan Rodriguez, issued the provisional file order in favor of the accused.

This file was signed in September 2019 by court attorney Narciso Isaneo, claiming that there is insufficient evidence to suggest the involvement of eight persons involved in this case.

These citations are part of the investigations conducted, which aim to clarify whether there were irregularities in the file’s final judgment.

Judge José Alejandro Vargas set the reading of the verdict on the appeal in the file file in the Odebrecht case on January 14, at 5:00 pm.