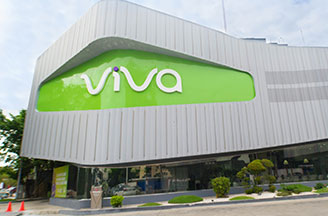 The company announced that it will submit the legal and administrative measures available to it against the Telecommunications Regulatory Authority, including reconsideration.

The Board of Directors of INDOTEL issued a penalty against VIVA obligating it to pay 77.3 million Brazilian Real and 5.1 million US dollars for administrative offenses of using unauthorized frequencies and providing services without a license.

But in a statement issued this afternoon, VIVA emphasized that the decision in question was “issued in contravention of the principle of legality and due process, and at the same time has serious procedural problems”, which were duly alerted to Endotel.

It maintains that the decision does not “olymically exceed the sanction powers granted to INDOTEL under the General Telecommunications Act, but was made despite the fact that the Supreme Administrative Court controls the essential aspects of the case in question and that they have not yet been determined.”

VIVA’s statement also notes that the decision by INDOTEL’s board of directors goes against institutional precedent on the matter, “a situation that generates clear discrimination against this company”.

See also  Elon Musk creates a city in Texas, and it will be called Starbase and "Doge" will rule it.