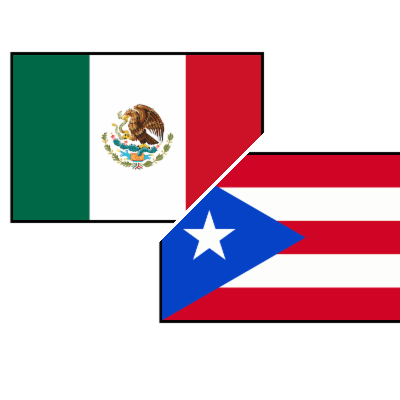 In the Mexican Pacific port of Mazatlin, right-handed players Manny Barreda were involved in a fight that was at least determined for Mexico and Luis Medina for Puerto Rico.

Tomatoes took the lead in the fourth inning. Ramiro Pena singled out, stealing the second base, advancing to third on a Sebastian Elizold field, and scoring on a win by Joey Menis.

Puerto Rico responded with a pair of touchdowns in that inning, a win by Jonathan Morales and a home run by Ray Fuentes.

Medina won by two wickets in five innings, in which he allowed one run, dropped four opponents and left a pair of walks; Barreda was charged in the backhand and Ryan Gonzalez hit a save with the right work in two innings.

For Puerto Rico, Fuentes were the most important figure, deciding the match and player Jorre Duran went 3-2, while Ramiro Pena was 4-2 for Mexico.

Griolos will face Dominican Eagles del Chibao, who beat Panama 4-3 in the other semifinal this Saturday.