What’s next for Marcelo Bielsa? 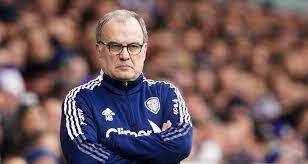 The good thing about Marcelo Biesla is that he hardly leaves anyone indifferent. He is a gold mine for journalists, arousing the enthusiasm, the incomprehension, the contempt, the detestation of those who follow football. With Marcelo Bielsa the opinions are clear-cut and sharp. Either he is considered a genius, by Pep Guardiola, Jorge Sampaoli, Daniel Riolo to name but a few, or a mediocre coach, weak, overrated, responsible for one of the greatest failures of the Albiceleste in the World Cup, elimination in 2002 in Japan in the first round when Argentina had one of the best teams in its history, and who would not last 5 minutes in the locker room of a top European club, because he would be torn down.

El Loco ended his 3.5 year experience with Leeds United at the end of February 2022. What could be the next “ideal” club/national team or project for Marcelo Bielsa? Here are some thoughts….

This is not the place to detail all of Marcelo Bielsa’s history as a coach. The idea is to look at three experiences: Athletic Club Bilbao, Marseille and Leeds United. It is clear that his coaching, his management and the results he obtained gave rise to completely opposite opinions. Now that Marcelo Bielsa has finished his experience with Leeds United, everyone is wondering what El Loco’s next target will be. Here are some clues, given that the Argentine coach will probably never manage a top club in the ‘major’ leagues. True, you can’t bet on Biesla’s next place, like in the mercato, but here’s a list of best betting sites to help you make your bets when you finish reading this article.

Erik Ten Hag is a coach who is being coveted by several top European clubs for the 2022-2023 season. The four-time C1 winner will have to find a new coach to replace him. Marcelo Bielsa is an excellent candidate. His philosophy of the game is completely in line with that of the Amsterdam club. A very daring, spectacular, offensive football, a very high and all-round pressing and a perfect physical condition, Marcelo Bielsa being able to make the players progress individually or collectively.

The two-time winners of the UEFA Champions League in 1961 and 1962 need a new start both in Portugal and in Europe. Marcelo Biesla would be in line with the great Eagles coaches of the past, like Bela Guttmann (1959-1962), Sven Goran Eriksson (1982-1984 and 1989-1992) or Jorge Jesus during his first stint (2009-2015). With Marcelo Biesla, the Eagles would return to their historically offensive DNA: attacking football, with more aggression, more intensity. Marcelo Biesla would then not hesitate to put aside the club’s pseudo starlets and showcase Seixal’s young talent.

Marcelo Bielsa is a passionate person. Turkish football and the atmosphere it is known for would fit him like a glove and has certain similarities with the Argentine passion. Galatasaray is a club that has lost its former glory both on the Turkish and European scene. Let’s remember that in 2000, Galatasaray was the first Turkish club to win a European Cup, the UEFA Cup, after a superb run of defeating AC Milan, Bologna, Borussia Dortmund, Mallorca, Leeds United, Arsenal Gunners, with Galatasaray winning the European Supercup against the prestigious Real Madrid in the same year. There was a time when Galatasaray also performed very well in the Champions League (1/8 final in 2002 and 2014 and quarter final in 2001 and 2013). Marcelo Bielsa would be able to restore the Turkish club to its former glory.

Fernando Santos helped Portugal win the first titles in their history: the Euro in 2016 and the Nations League in 2019. So much for statistics. Let’s talk about football. In reality, Portugal always has complexes when it plays against the big teams. On the other hand, when they play against the so-called “average” and “small” teams, the Lusitanian team does not impose its game, contenting itself with transitional football, even though it is collectively and offensively one of the best teams in the world… on paper. After their defeat at the Estadio da Luz to Serbia and the World Cup in Qatar, Fernando Santos will have to step down. Marcelo Bielsa and his footballing philosophy would suit Jota, Bernardo Silva, Joao Felix, Andre Silva and co. perfectly, and would allow Portugal to really be among the best teams in the world and not just among the outsiders.