Women make space in the directories 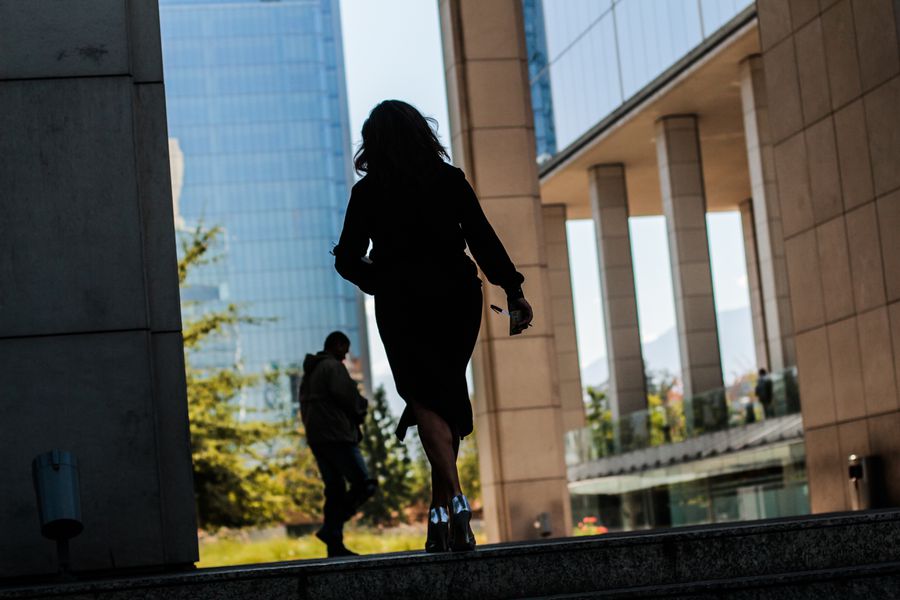 So far, there are 12 women identified by private companies to be part of their boards of directors, which is no less than that, considering that by 2020, there are only 29 women on the boards of major companies in the country, which represents only 10.1. %, As per the CMF’s Gender Handbook 2020.

The change was welcomed by leaders of organizations that pushed for more women to be part of the boards of important companies. According to Alejandra Sepulveda, Executive Director of Comunidad Mujer, “More and more companies are seeing women in decision-making as a good business. Long way to go. “

Francesca Gunnemann, President and Co-founder of ChileMujeres has the same vision. “It shows, despite the slow progress, that more and more organizations are realizing that the presence of women in the main body of corporate governance improves all gender indicators in the organization, due to the so-called spillover effect,” he says.

The government also views the new proposals positively. A few days ago, the Ministry’s Agency for Women and Gender Equality relaunched the website with candidates for company directors. “As a ministry, we have ensured that the economic revitalization has a clear focus on gender in the main sectors of the economy and in decision-making places, not only for the sake of justice, but also for the positive impact of the presence of women in management,” confirms Undersecretary Maria José Abboud .

This year, Agence France-Presse will nominate five new names to the councils, where they will participate, three of them are women. It was a deliberate decision: “We know we can make an important difference by promoting equality in this area,” Agence France-Presse President Alejandra Cox told Bolso earlier this week to clarify the decision, which includes large companies.

At Empresas Copec, the largest company in the Angelini Group, they will nominate Soledad Arellano, who was the Under Secretary of Planning and then Under Secretary of the Ministry of Social Assessment, from 2010 to 2014. A business engineer at UCS, who also holds a PhD from MIT.

In Colb, n, of the Matte Group, they will choose Marcela Angulo, a civil engineer with a major in Hydraulics and Health from Concepción University, and in Parque Arauco they will nominate for the first time Anna Maria Auriana, a commercial engineer at UCSD and an MBA at the Wharton School of the University of Pennsylvania. Orellana will join the other candidate to be replaced: Anita Holuigue.

One of the most significant changes will occur at CAP Steel, a company whose board of directors has historically been mentioned. The president of the company, Roberto de Andraca Adriassula, suggested this week, on behalf of South Pacific Investments SA, Manola Sanchez, a commercial engineer from Adolfo Ibanez University and today director of BCI and Mallplaza. A steelmaker may have more than one woman at his table. INVERCAP, CAP observer, Patricia Nunez, suggested. The attorney from the University of Chile is also the Director of Transelec and Nitratos. InvertCap, which has so far elected three directors, will this time nominate four directors, after increasing its presence in the company: the others are Juan Enrique Rasmus, Roberto de Andraca Adriassula and Jorge Salvatierra, who are now directors.

The CAP Foundation has also proposed a woman be appointed to the steel company: Maria Olivia Riccart, economist, president of the University of Santo Tomas, former vice president of corporate affairs at BHP Billiton and former Under Secretary of Treasury. The elections will be held on April 15.

Another group that shows a difference is Enel. The power company in Italian capitals has always had guides where its members are all men, but this year it hopes to change direction. The company proposes two women to the board of directors of Enel Chile: Monica Girardi and Isabella Alessio, who are Italians and two executives of the company. Meanwhile, for Enel Americas, Italian Julia Genuardi and Francesca Justinelli nominated Italian.

Embotelladora Andina is another company that encourages two women to renew its board: Adriana Bráncoli (for Series B) and Carmen Román (for Group A) compete on the 14-member board (12 elected by Group A shareholders and two from Series B).

TV channels are not far away either. As of March 31, Channel 13 listed Alicia Zaldivar, a commercial engineer from the University of Cattolica, a consultant with 24 years of experience in the media, and Carolina Altchwager, a psychologist from the University of Chile. The table is headed by Jorge Salvatierra, there is Rodrigo Terry and Rodrigo Sweet. Also joining the directors was the consultant: Roberta Valenca, General Manager, Coca-Cola Chile.