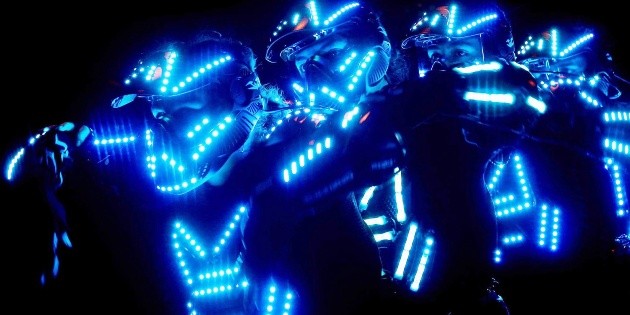 An interdisciplinary meeting where the living arts merge with nature, science and technology. An art space that invites you to express new artistic and social languages. This is the essence of the first edition of Artèria Tortosa 2021 Festival, which will take place from 15 to 17 October as part of the Catalan Capital of Culture. “This initiative will allow us, as a city, to meet again with Roberto Oliván, the leading choreographer and dancer in our country and internationally,” said Tortosa Mayor Meritxel Ruigi, since the project is organized by the performing arts company Roberto Oliván. (ROPA) and the City of Tortosa, in cooperation with the Ministry of Culture of the Generalitat and Diputació de Tarragona.

Of the festival, Oliván emphasized that “Artèria Tortosa responds to the needs of a population like Tortosa, which is concerned with everything that is interesting to people living in the twenty-first century” He added, “The four axes, art, nature, science and technology, are the natural response to the population’s desire and interest in knowledge, other than the fact that we can be followers of the performing arts, dance, circus, and installation.”

Thus, the program will begin on Friday, October 15, with two proposals from Roberto Olivan Performing Arts: Who will save us from ourselves? At the Museum of Tortosha (6 pm and 6:30 pm) and the Flashlight (Continuous installation from 6:30 PM to 12:30 AM) at Auditori Felip Pedrell. Both will be able to see each other again throughout the weekend.

On Saturday, October 16, it will be the turn The flag or dance of the invisibleCreated by scientist Per Estupinha and dancer Anna Hierro (12 noon, Auditori Felip Pedrell), who will give a dance lecture where you will shake hands with movement, words for dialogue and analysis of how science allows us to understand the invisible world that surrounds us. ritual by OtraDanza (6 p.m., Tortosa Museum); And primary membrane By Marcel lí Antúnez (9 p.m., Auditori Felip Pedrell). “One of the founders of La Fura dels Baus would make an impressive show in his own world,” Olivan stressed.

Thus, on the last day of Artèria Tortosa, the protagonists will be the propositions Introduction to the healthy universe by Charo Calvo (11 a.m., Auditori Felip Pedrell), through a conversation with the composer, and feelings, an innovation of electro-acoustic dance and music composed by Charo Calvo and Paul White (12 noon, Auditori Felip Pedrell).

Also, during the days the event continues outside Auditori Felip Pedrell, there will be live music and food trucks. Tickets and reservations for free activities must be made online: www.teatreauditoritortosa.cat. finally, Culture consultant, Enrique Roig, noted that “Artèria Tortosa meets the goals of the Catalan capital of culture, such as understanding cultural truth in an interdisciplinary way, since culture is a word, it is a musical and physical expression, it inhabits the city and the environment, it is an artistic expression ».