Belgrano goes in search of recovery 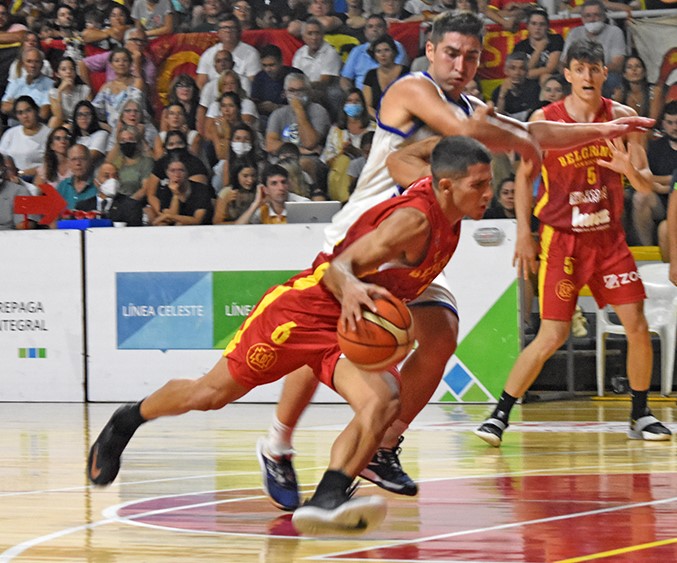 El Rojo on Wednesday at 9:30 p.m. will welcome Atalaya, who just beat Somisa. Nicolinho’s team has lost three times in a row and lost in the last two home matches. The injured Nicholas Maffei and Lana will not be part of tonight’s match either.

From the editorial office of EL NORTE

Belgrano will go on to recover when he hosts Atalaya tonight at 9:30 p.m. in one of the two games that will take place at the start of Date 6 of the CAB District 1, Division 1 FIBA. El Rojo has three losses in a row, all three by a narrow margin; The last two are supplementary. In “Fortunato Bonelli” he comes from falling for Somisa and Sportmen Unidos so he desperately needs to meet again with the victory over his people. Of course, Nicolinho’s team will again suffer great losses, because, as happened on Friday in Rosario against Provencal, the injured Nicolas Mafi and Joaquin Lallana will not participate in the match. Instead, 21-year-old Ulysses Sangui from Córdoba managed to make his debut, as he was part of the team in the last game, although he did not make his debut.

Despite the result, Belgrano played a good role against Provincial, highlighting the offensive work of Octavio Lager, his top scorer with 28 points. In addition, Lucas Núñez continues to perform at a good level, Elías Eterovich contributes his leadership and momentum, and young players Santino Vercelli, Genaro Calcaterra and Ignacio Alimena have made valuable contributions. Vercelli had the difficult task of replacing Maffei in the driver’s seat and got his job done even more.

After this duel, Belgrano will be free, and later on Friday the 11th he will play against Regattas.

For now, he will have to face Atalaya, a harmonious rival, having beaten Somisa well by 82 to 60, with a massive job by Horatio Vascia, a point guard who makes many decisions on attack and who has the power of an ogre. Also his junior striker, Brian Ngnudel is a born goalscorer. In contrast, Scalella and Leandro Yanson are dangerous people on the inside, who can hurt playing from behind and in front of the ring. Against Somisa, Emmanuel Rafa, who could appear again today, was not part of the game. Atalaya, the current champion of the Rosario Assembly, also faced regattas, in this case dropping 70 to 66 on opening day.

Also playing Provincial and Sportmen Unidos today at 7:30pm, two of them are having good times. Tomorrow’s regattas will reveal his unbeaten record by visiting Gymnasia at 9:00pm, in a tough test for Pablo Dastog’s men, who will face the classics against Somisa on Sunday.