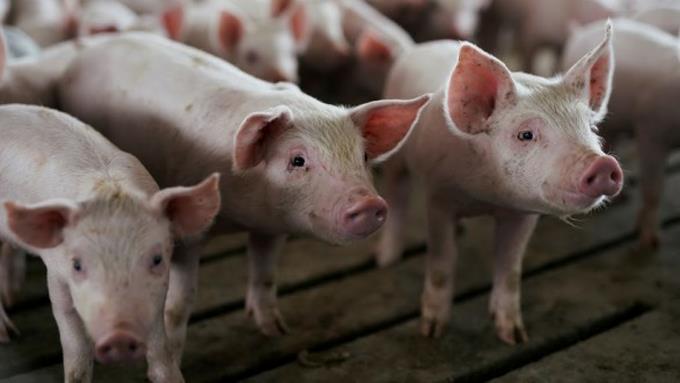 The Chinese ambassador to the Dominican Republic, Zhang Ren, admitted that the emergence of African swine fever in the Caribbean country will affect trade relations between the two countries, considering that his country implements “strict” health controls.

And the diplomat responded to journalists who addressed him after his participation in a public event: “Of course yes, when such a situation occurs, international actions (prescribe) take greater care measures, not import those products.”

Zhang said that China is one of the countries that attaches the most importance to the health issue.

“I imagine that the competent authorities (in your country) are analyzing the information related to this situation,” he added.

He revealed that the Dominican government had not yet contacted the Chinese embassy in Santo Domingo, but stressed that his country wanted to show a “larger dose of solidarity” in these types of cases.

He stressed that the Dominican authorities are working “intensively” to eradicate swine fever in the country and that they are applying protocols “correctly” in this regard.

Trade volume between China and the Dominican Republic was $4.9 billion as of March 2020, according to Dominican Foreign Ministry figures.

Last Monday, the Food and Agriculture Organization of the United Nations (FAO) called on the countries of Latin America and the Caribbean to take preventive measures in the face of the recently revealed cases of African swine fever in the Dominican Republic.

The agency indicated, in a statement issued by its regional headquarters in Santiago de Chile, that “there is a high risk that the disease will gradually spread to the rest of the countries of Latin America and the Caribbean,” and called on countries to “activate and quickly review contingency or emergency response plans” for this. animal disease.

The Dominican government confirmed yesterday that it is applying the standards of international organizations to contain the progress of the ASF, “implementing the regulations that the current health situation sends us.”

The disease was detected in 11 of the 32 Dominican provinces, including the country’s capital.