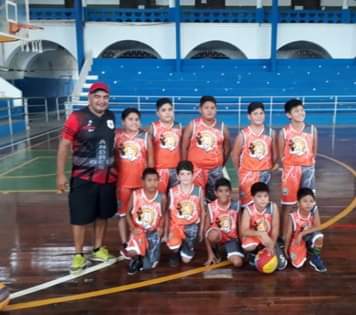 The first women’s semi-finals will be contested by the Mamba Academy and First Mamba Academy, a match scheduled for 11 am. Trinitarios and La Inmaculada Fe y Alegría left behind.

The basketball tournament organized between the Department of Sports and Administrations (SEDE) and ‘S y S’ School, on Thursday, has decided the semi-final round of the event for women and men, corresponding to the category of under 12 years. The matches will be held in the Palacio de los Deportes.

Roberto Sanchez, coach of the ‘S y S’ basketball school, indicated that the initiative to establish this tournament was in coordination with SEDE, in order to stimulate this sport, especially in the category of children.

“We are gradually reaching the end of this event that started at Christmas. We are successfully holding the championship due to the participation of boys and girls with the support of their parents,” he said.