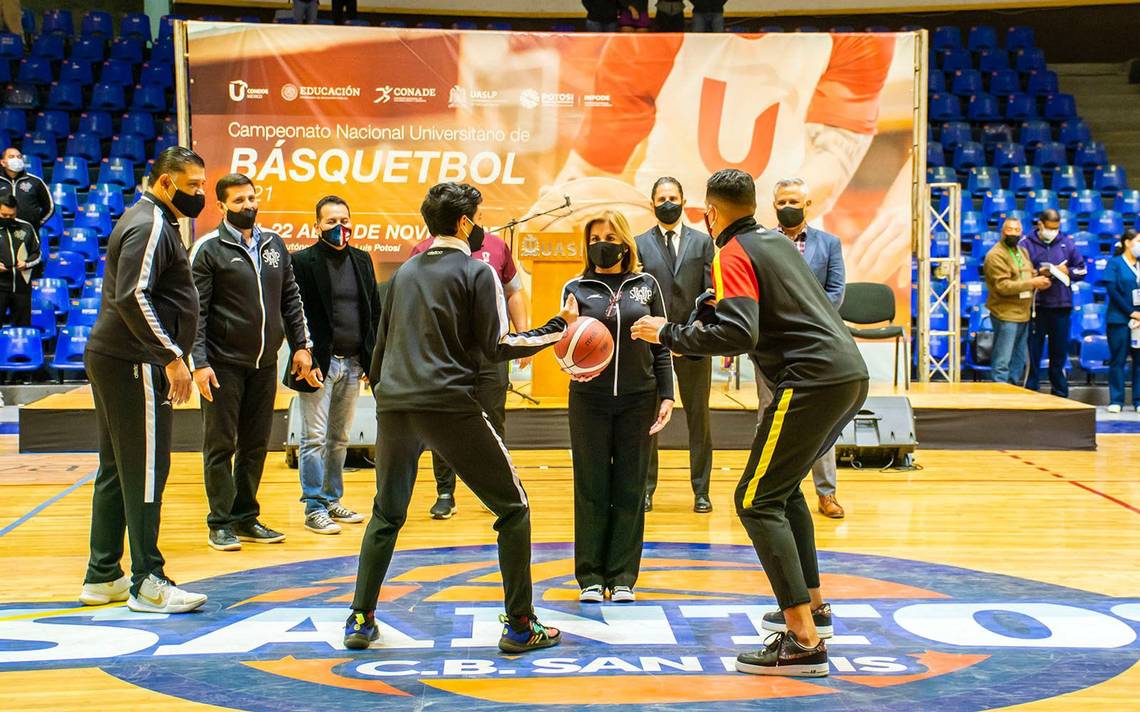 With a simple opening ceremony, the CONDDE 2021 National Collegiate Basketball Tournament was launched, featuring 48 teams, 24 from each branch, from 30 institutions in the country.

The organization is responsible for the Autonomous University of San Luis Potosi in coordination with the National Council for Sport in Education (CONDDE).

The event was held in the Miguel Barragan Hall, where representatives of the 30 institutions participating in the tournament presented. Then, a minute’s silence was observed for Professor Ignacio Moreno Ortiz, who was the National Basketball Technical Commissioner.

Immediately, Rodrigo Ruiz Burgaña, a student from the UASLP School of Accounting and Management, performed the sports oath on behalf of all participants.

This led to the opening ‘two’ between students representing UASLP and the University of Guadalajara, where teacher Maria del Socorro Ruiz threw the ball.

The note was served by presiding staff who each fired an opening shot, but none hit the mark, until former pro Arim Solaris, who made a clean basket, showed up.

Presiding over the opening ceremony were: Maria del Socorro Ruiz Rodriguez, Head of Student Services, who represented the President of the Autonomous University of San Luis Potosi, Alejandro Zermenio Guerra.