Did Psychics Predict COVID-19 Before Scientists Found Out All About the Deadly Pandemic? 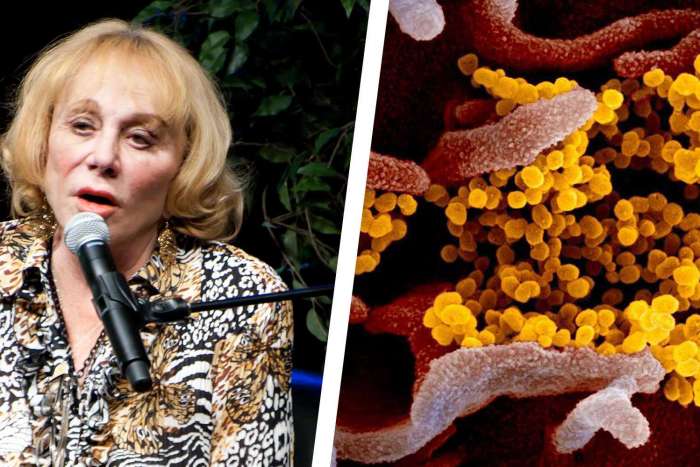 Several high-profile psychic figures claim to have foreseen the appearance of covid before scientists knew anything about it. We investigate these claims below, what psychics are predicting about the future of the virus, and present an alternative view concerning these predictions.

Psychics Who Predicted the Pandemic

Psychic astrologer Jessica Adams appeared on the ITV program ‘This Morning’ last year, stating that she had had visions of covid in 2019 and was so convinced of the veracity of these predictions that she put the details on her website so that her readers and followers could be better prepared for events. According to Jessica, through scrying and astrology, she had visions of a virus and that it would have a devastating global impact.

Psychic Roxanne Furnival, who has previously made a string of accurate predictions, claims that she saw the pandemic on the horizon way back in 2018. Deborah Davis, who stars in ‘The Real Housewives of Cheshire,’ says that she has made previous correct predictions, including one regarding the death of Prince Philip, also states that she foresaw the rise of a devastating new disease years before covid hit.

Regression therapist and psychic Nicola Aujula, who predicted that Joe Biden would defeat Donald Trump in the last election, claims that in 2018 he began to become preoccupied with the idea of a new type of ‘flu’ that would have devastating consequences for the global population.

The UK-based psychic Colin Antik says that he had a vision of people engaged in panic-buying in December 2019 (which he initially ascribed to be a response to Brexit) and that he knew in advance that a second covid wave would hit, that posed more of a danger to public health than the first.

What Will Happen Next?

As we head towards our second covid Christmas, many of us are wondering when, if ever, covid will be eradicated and how the consequences of the virus will affect us in 2022. This is what the psychics have to say on the matter.

Renowned medium John Edward has recently predicted that the after-effects of loss and trauma will continue to haunt society years after the virus has been eradicated and that health professionals will suffer most. For more details on Edward’s psychic prediction, have a look at this article. The late psychic Sylvia Browne, who predicted the pandemic in her book ‘The End of Days’ also predicted that the virus would disappear as quickly as it struck and would resurface again a decade later, before disappearing forever.

Lebanese psychic Layla Abdel Latif, who foresaw the pandemic in a 2019 New Year’s Eve reading, also claims that covid will suddenly, and without warning, vanish into thin air. Cari Roi, spirit-guiding psychic, however, thinks that coming out of covid will be a gradual process, with one step back being required for every two steps forward; for Cari, though, the outcome will be a positive one, and she foresees that, in time, the virus will be eradicated.

And the Skeptical View

There may be another side to this, however, because many high-profile figures were warning of the dangers of a global pandemic over a decade before covid struck. For a significant number of speculators, the world was ‘due’ an outbreak of a virus (major outbreaks tend to happen approximately once even century), and our modern way of living – with international travel now largely seen as standard and our increasingly mobile lives – was always going to make transmission rates a huge problem.

Back in 2005, President George W. Bush told his aides that he wanted them to focus on the possibility of a global pandemic, the implications inherent in this, and the steps that should be taken to guard against the rise of a new virus and measures needed to mitigate its impact.

Scientists and disease experts, too, had been predicting a pandemic for years before 2020 and had been vocal in their calls for governments to take the threat seriously and begin preparations to cope with such. Michael Osterholm, the infectious disease expert, had been warning about the inevitability of a pandemic for the last decade. He wrote in Foreign Affairs magazine in 2015 that time was running out for the world to put into place plans to deal with the catastrophic outbreak of a new virus.

Answering this question is virtually impossible; just as with meteor strikes, the major outbreak of disease (previously pestilence) has long been a common prediction made by psychics; it would be interesting to discover how many predictions were made about global pandemics in other years that did not come true. Despite this, there were several predictions made, giving a level of detail that were uncannily accurate.

However, even this needs to be weighed up against the fact that a major outbreak was being claimed as imminent by many people, way before covid struck, among them governmental advisors, doctors, and scientists.

Did psychics predict the pandemic? Perhaps – as did, seemingly, a large number of the rest of the population.