Friends of Science and Climate, an ambitious new partnership 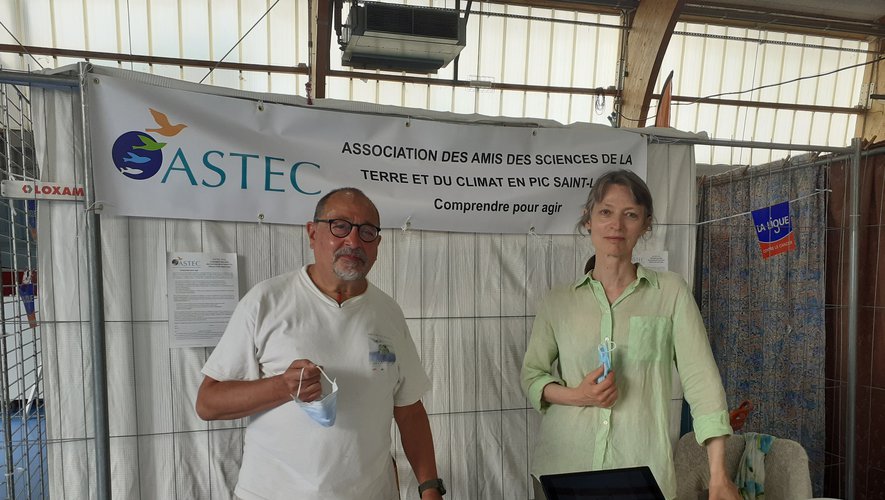 The new Society of Friends of the Earth and Climate Sciences at Pic Saint-Loup (ASTEC-PSL), of which Jean-Louis Velos was the founding president, held its stand last Saturday on the traditional day of the societies.

Brochures and leaflets were distributed to inform the public about events and activities not only recreational but also educational: conferences on topics of regional interest related to climate and earth sciences (Mediterranean seminars, the impact of climate change on agriculture, wind energy, etc.), artistic performances Which raise problems related to the environment, exhibitions accessible to the largest number of people, school activities, film screenings, workshops and practical work (experiments, launching balloons and rockets…).

The idea is to present an annual festival “Ar, Terra, Mar” where as many events as possible are concentrated, for example, a theater show, presence during a week of “Spatiobus” loaned to the CNES, traveling exhibitions in schools, not to mention street entertainment.

A scientific curriculum with an educational purpose

All this will be preceded by a series of conferences at one or two months intervals to build loyalty, educate the audience and prepare them for the festival event.

On the agenda side, conferences could begin in October or November 2021, well ahead of the potential schedule for the Spring or Fall 2022 festival.

first event, Jean-Louis Flos explained, It will be a miniature version of what we design. I would like our festival to become a corporate event and attract a large audience, like the Fleurance nas Gers Astronomy Festival. “

Association logo “Understanding how to act”. He hopes to gradually shine on the grounds of the Grand Pic Saint-Loup, to advance scientific knowledge of the land for educational purposes. While all warnings about global warming remain final, the festival will be aimed at the general public. Everyone can take the problem seriously and act wisely thanks to a better understanding of the phenomena in question. The latest edition of the Sixth Report of the Intergovernmental Panel on Climate Change (IPCC), Fires in Var, Global Record Temperature Reached in July, brings special relief to ASTEC’s future actions.