Latin America is betting on the circular economy to solve its environmental problems | Science and Ecology | Dr.. 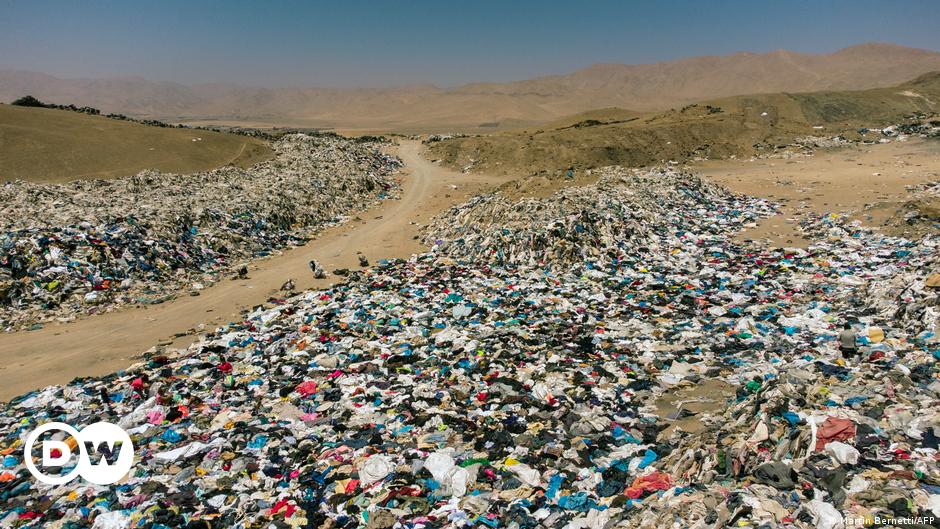 In Latin America and the Caribbean, the face and cross of the same reality live: while 47 million people suffer from hunger, every year more than a third of what is produced is wasted, which is equivalent to about 127 million tons of food. Similarly, despite the fact that the region concentrates 40% of the Earth’s biodiversity and 60% of the world’s terrestrial life, since 1975 these numbers have decreased dramatically. In addition, the region has 9 of the 24 global fronts of deforestation due to agriculture, livestock and mining activities, as well as transport infrastructure and fires.

“It is important to form a common understanding of what the circular economy is and what it is not, what specific opportunities it brings to the region and how to address its challenges as well,” explains Vanessa Esslinger, coordinator of the Circular Economy Alliance for Latin. America and the Caribbean. In this way, “this document aims to align the actors and generate joint business,” he adds..

Based on three axes – eliminating waste and pollution, trading products and materials at the highest level, and rejuvenating nature – the initiative aims to promote post-COVID-19 recovery that is moving away from an extractive economic model. “A common denominator has been sought for all countries, the priority issues that everyone seeks to promote: plastics, e-waste, food and agriculture, tourism, cities, construction, we all have opportunities for improvement and we can contribute to it,” Rolando Castro Cordoba, Deputy Minister of Energy In Costa Rica, he told DW that with Colombia, the Dominican Republic and Peru, he is part of the alliance’s steering committee.

Regarding Colombia’s work on the circular economy, Gadeira Vivanco, coordinator of Latitude R for Colombia and Central America, a platform that encourages inclusive recycling in the region, told DW that this South American country “has been dynamic in generating policies that promote this new economy model.” ”, he also recalls that Colombia was the first country in the region to issue a circular economy strategy.

The region has 9 of the 24 global deforestation fronts causing one of the largest losses of biodiversity on the planet.

Castro Cordoba highlights the collaborative work that went into developing the publication. “The vision was built jointly with representatives from member states and party organizations, who are experts on the subject,” he says. These include the Konrad Adenauer Foundation (KAS), co-founder of the initiative, the Climate Technology Center and Network (CTCN), the Ellen MacArthur Foundation, and the Inter-American Development Bank (IDB), among others.

Since 2019 we have seen an increase in public and private initiatives across the region. Therefore, the idea arose of meeting with relevant actors in an alliance to create more synergies and work together so that the region moves toward resiliency,” Nicole Stober, director of the Regional Program for Energy Security and Climate Change in America, reminds DW Latin of (KAS) who asserts that the post “It presents a realistic panorama of our performance and at the same time shows the opportunities and barriers related to the reality of Latin America.”

In the case of Costa Rica, “This vision contributes to setting early actions on environmental issues that we have been better implementing, such as CR-neutral branding, cleaner production agreements, tourism sustainability certificates, awards such as the eco-blue flag and actions under the OECD accession framework, Among other things,” details the deputy energy minister of the Central American country that three years ago presented its national decarbonization plan.

Resource extraction from the linear economy is deteriorating the Latin American environment.

Inclusive approach and participation of all sectors

A feature of this guide is its holistic approach, “the pivot that will be necessary to be able to achieve the objectives set in terms of the circular economy,” according to Vivenko. “Mass recycling represents an evolution of the economy around recycling, there are associated environmental benefits that can also be expressed in resources and there is clearly a social development component that allows for job creation. It is essential to understand that the recycling value chain will be more effective with formal and enhanced recycling ‘, he asserts, recalling his primary role.

“We must realize that they are the ones who continue to be the primary focus of material recovery so that many of these can start on their path towards recycling, if the recyclers do not save this waste, it will be impossible to achieve this goal,” he stressed, claiming technical support in the infrastructure And educating the population to improve the working conditions of this union.

As Vanessa Esslinger, Circular Economy Alliance Coordinator for Latin America and the Caribbean, leads, “The Alliance will complement this work by strengthening training that will allow establishing a baseline and monitoring progress in the transition to a circular economy.”

However, to achieve this, there is a need to involve all sectors of society: governments, businesses and citizens. “All parties have responsibilities to ensure compliance with the proposed activities and to support their implementation,” Castro recalls. In this sense, the Alliance is expected to compile and showcase good practices in the region.