Lukashenko, the president of Belarus, told the BBC: “If the migrants keep coming, I won’t stop them. They don’t come to my country, they go to yours!” 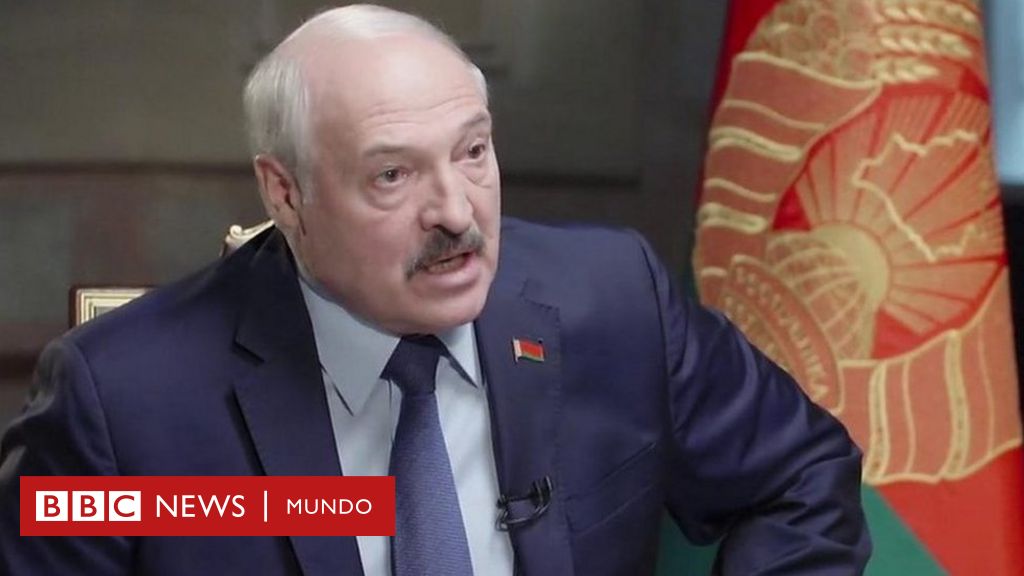 Belarusian President Alexander Lukashenko told the BBC in an exclusive interview that it was “quite possible” that Belarusian military forces would help migrants cross the border between his country and Poland.

However, the Belarusian leader denied that his country had invited them.

Thousands of migrants, mostly from the Middle East, have been trying to enter the European Union via Belarus for months.

During the interview, which took place in the presidential palace in Minsk, Lukashenko said: “We are Slavs. We have hearts. Our soldiers know that immigrants are going to Germany.”

“Maybe someone helped them. But I wouldn’t give more attention to this,” he added.

European Union, NATO and the United States The Belarusian leader is accused of luring migrants to the border with a false promise of easy entry into European territory To create a crisis, something the president emphatically denies.

“I’ve told them [a la UE] I will not detain migrants at the border or hold them there. And if they keep coming, I won’t stop them, because they don’t come to my country. He said.

“I didn’t invite them to come. To be honest, I don’t want them to go through Belarus,” he added.

Lukashenko has been in power since 1994. His last re-election, in August 2020, was widely rejected in the West and not recognized by the European Union.

Several organizations and states accuse the Belarusian ruler of masterminding and creating the current migration crisis on the borders with Poland, Lithuania and Latvia, in response to the sanctions imposed by the European Union for the brutal response against them. Opponents after the election since last year.

Thousands of protesters and activists were arrested and opposition leader Svetlana Tikhanovskaya was expelled from Belarus after declaring victory.

Indeed, Tikanovskaya’s team criticized the BBC for conducting this interview, stating that it created an opportunity to “give the floor to a dictator”.

The BBC asked Lukashenko about reports of beatings of peaceful protesters and we tried to provide him with a video showing people leaving a detention center in Minsk with torture wounds.

“Okay, okay,” he said, “I admit it.” “There were people who were beaten in the detention center in Okristina. But there were also policemen who were injured and they did not show it,” he added.

We also asked him about his government’s attempts to destroy civil society, including closing down 270 NGOs since last July.

We will slaughter all of you scum [Occidente] Funded. Oh, they are upset that we destroyed all their facilities! He replied, “The NGOs they belong to, whatever they want, they pay for it.”

No less than 2000 immigrants Stranded in camps along the Belarusian-Polish border, they were finally moved this week to a nearby shelter.

An estimated 5,000 migrants remain in Belarus, although hundreds returned to Iraq on Thursday for the repatriation flight.

EU officials have accused the Belarusian leader of an “inhumane gang-style approach” to events at the border, with a false promise of easy entry into Poland, but with a political aim of destabilizing the EU.

Remember, you can receive notifications from BBC News Mundo. Download and activate the latest version of our app so you don’t miss our best content.