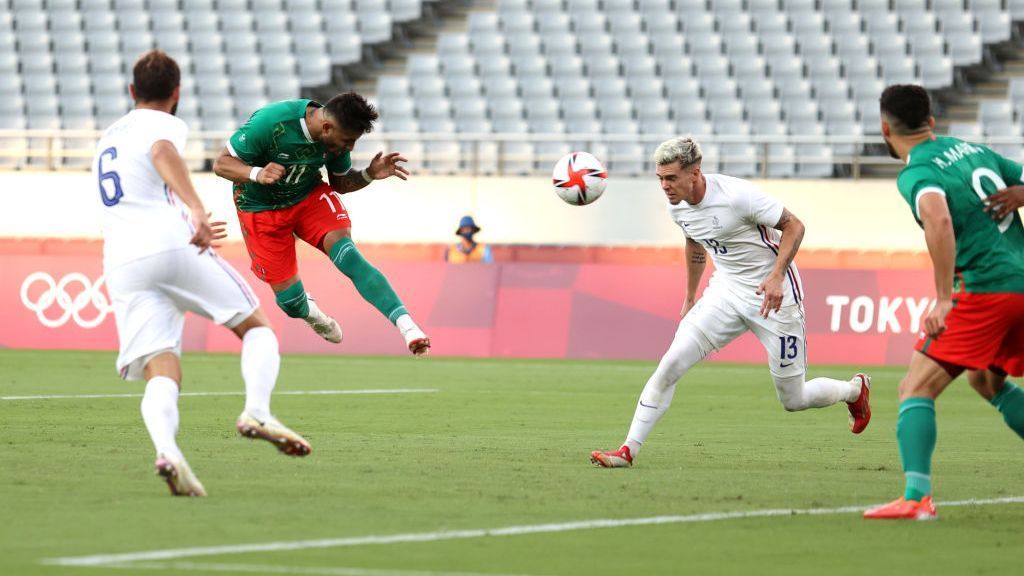 Mexico is excited to beat France, as they beat the seemingly most dangerous opponent in the group stage 4-1 and showed they are in Tokyo 2020 to win a medal, as their predecessors did in London 2012.

France was present for only 45 minutes, with the status of being world champion, because Mexico did not find a goal in front of Paul Bernardoni’s goal, and in the second half he practically disappeared from the best version of the Mexican Olympic team.

Mexico has wings, at the feet of Alexis Vega and Diego Lainez, light players with the ability to score goals. Chivas was disbanded from the French team, while it was Lines who led his team against the team of André-Pierre Gignac.

On the other side was Gignac, who showed little of the talent that Liga MX dreads, and Florian Thauvin was wiped off the field by Erick Aguirre, Rayados del Monterrey’s last boost. With two threats controlled by the Tricolor, the rest of the mission was to attack.

Lainez hid the ball without brakes, uncontrollable, found space to send a cross and Alexis Vega scored in his third chance against the French goalkeeper. That goal, 1-0, became a waterfall, because Mexico didn’t hold back and wanted more.

Lainez’s dribbles ignited Sebastian Cordova, who scored 2-0. There was concern, because Jorge Sánchez neglected his team and Cesar Montes had to take a penalty, Gignac scored at 69 and it looked like the French Revolution had begun.

It’s time to move the pieces off the bench and from there came the reaction, because Aurel Antona entered Diego Linez, and the Chivas player met his partner Alexis Vega.

Vega survived, in the 80th minute, and Antona managed to score 3-1. Then France collapsed again and Eduardo Aguirre, who came off the bench, seized the opportunity to score 4-1, with less than five minutes of play on Tricolor’s debut.

The Mexican team celebrates in the first game of the Tokyo 2020 Games, hosts Japan is coming and South Africa is still missing, but Jaime Lozano’s team is excited to make good on the promise they made before leaving for Japan: to return to Mexico with an Olympic medal.