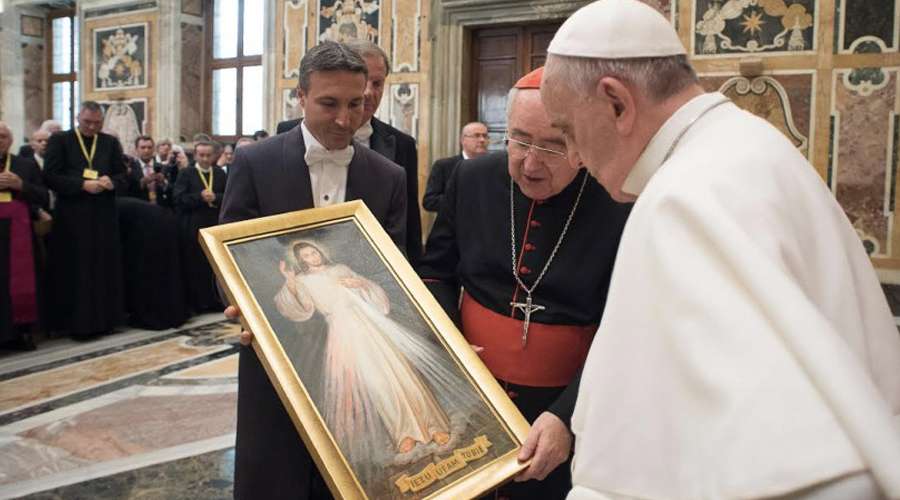 Pope Francis encouraged the worldwide spread of consecration to the Divine Mercy on the occasion of the 90th anniversary of Jesus’ first tablet of Saint Faustina Kowalska, which took place on February 22, 1931 in the nun’s room in Monastery Bock. (Poland).

This is what the Holy Father said in A. Letter to Block BishopBishop Piotr Libra, where he expressed his spiritual closeness to the faithful celebrating this memory.

In the message, the Supreme Pontiff shared the joy of the church in Facebook and encouraged that “this special event is known throughout the world and remains alive in the hearts of the faithful.”

Moreover, the Holy Father recalled the words that Saint Faustina received from Jesus and which she wrote in her diary: “Mankind will not find peace until she is confidently transformed into My mercy.”

Along these lines, the Pope encouraged all believers to “seek the gift of mercy from Christ” and “the courage to return to Jesus, to find his love and mercy in the sacraments” to experience his “closeness and tenderness” Be “more capable of mercy, patience, forgiveness and almsgiving.”

Finally, the Holy Father highlighted in the letter that Saint John Paul II, Apostle of Mercy, wished that all the inhabitants of the earth would know the message of God’s love of mercy.

That’s why I took the words of the Polish Pope It was announced in 2002 During a visit to his homeland: “This fire of mercy must be transmitted to the world,” because “the world in God’s mercy will find peace and human happiness.”

See also  Diandino doesn't know why they are investigating him

In this sense, Pope Francis received the Polish faithful at the end of Angelic Sunday on February 21 and noted that the Pock Tomb, in Poland, “where the Lord Jesus himself revealed ninety years ago to Saint Faustina Kowalska, and entrusted to her a special message of divine mercy.”

The pontiff stressed that “through Saint John Paul II this message reached the whole world,” adding that the message of divine mercy “is nothing but the gospel of Jesus Christ who died and rose from the dead, which gives us mercy. The Father.”.

Let us open our hearts to Him, saying with faith: O Jesus, I have confidence in you“He called the Holy Father.