Private health policies increase by 8% in Navarre, despite being the community with the lowest insurance rate 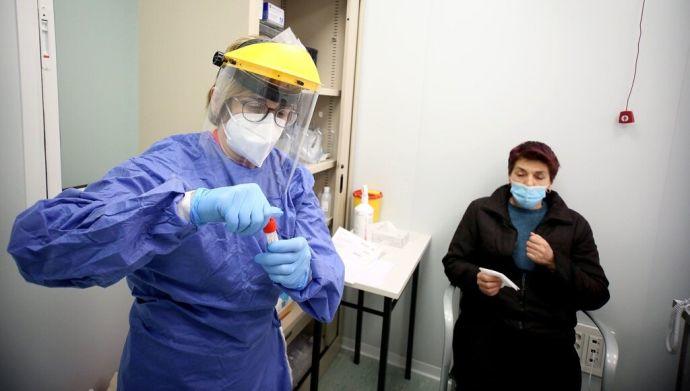 Private health insurance contracts in Navarra are increasing. In 2021, 70,872 Navarrese had a medical policy, 8% more than those recorded in 2020According to figures from the insurance company Unespa. In this way, 10.8% of the population of the autonomous community enjoys private health coverage, a phenomenon that has been increasing in the past decade and has continued during the years of the epidemic in the community, Navarra, which has the lowest percentage of residents with private health insurance in the entire state.

Two years into the pandemic and despite the inconveniences of the health crisis on health care, the increase in private insurance in Navarra has slowed in the past two years, although the upward trend has continued: It grew 8% last year (5,129 new insured) and in 2020 the increase was only 0.6% (434 new). These numbers contrast with the trajectory taken by health policies in the years prior to the epidemic: in 2018 it grew by 15.7% (8,205 new health insurance) and in 2019, the increase was 8.2% (4,998).

In any case, the trend in recent years is clearly on the rise, especially since 2015, private health insurance in Navarra is growing year by year. But if we look at the past decade in perspective, it is best to see the growth of the insured poor in a self-governing society: In 2011, 36,365 people had a private health policy, and by 2021, 70,872 people had been reached.This means that in the past decade more than 34,500 Navarrese people have taken out private insurance.

In this way, approximately 11% of the population already had a private policy in Navarra, where the same dynamic was followed as in the rest of the state. In fact, according to Unespa, The number of insured persons in Spain has been increasing since the 1990s And now with the pandemic, he asserts, there is greater sensitivity about health and an increased demand for private insurance.

Topping the ranking is Madrid (38.1%) and Catalonia (32.8%), the state capital and Barcelona in the lead. The high commercial fabric of these two cities – many companies offer private health insurance for their workers – and the large number of civil servants from the central administration – have health care in the private sphere – means that the percentage of the population with health insurance policies is skyrocketing