Science. An eruption of a magnetic star equal to the energy of the sun in 100,000 years 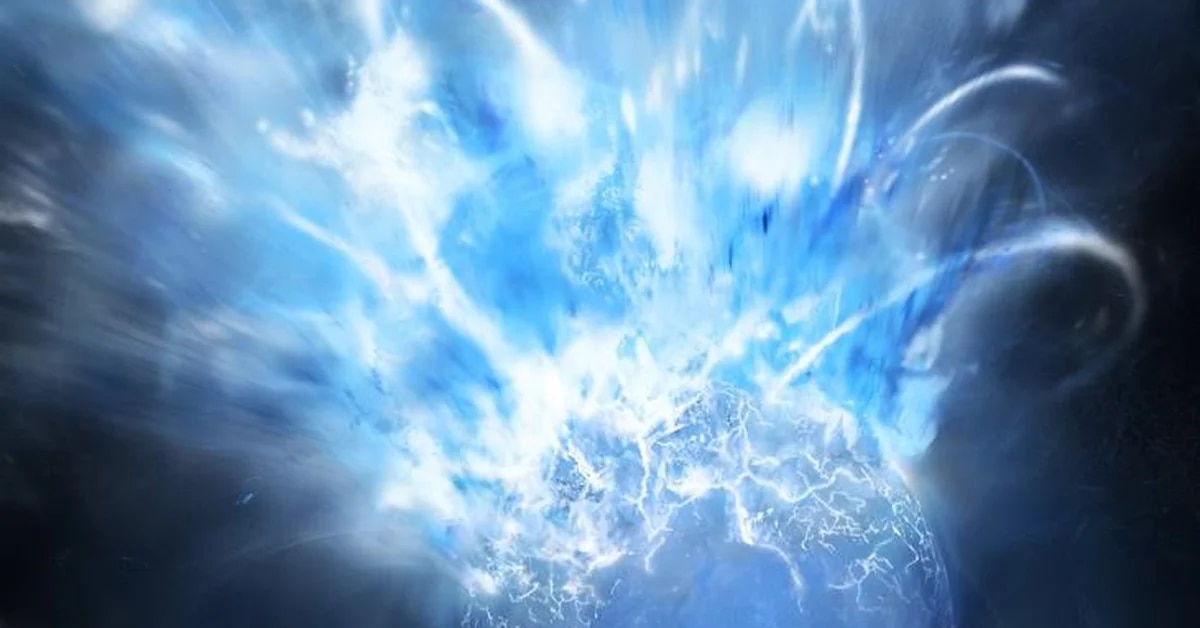 Astrophysicists have been able to measure the eruption of a magnetar, a type of neutron star that can sometimes release an enormous amount of energy in tenths of a second.

The scientific group headed by the Institute of Astrophysics of Andalusia (IAA-CSIC) reported in Nature that one such giant magnetic flare equals the energy released by the Sun in 100,000 years.

Among the neutron stars, objects that can contain half a million times the mass of Earth and have a diameter of about 20 kilometers, stand out a small group with the most intense magnetic fields known: magnetars. These objects, of which only 30 are known, suffer violent volcanic eruptions that are still unknown due to their unexpected nature and short duration, barely tenths of a second.

“Even in inactivity, magnetars can be 100,000 times brighter than our sun,” Alberto J. Castro-Tirado, the IAA-CSIC researcher leading the work says in a statement. “But in the case of the flash we studied, GRB200415, which occurred on April 15, 2020 and lasted only about a tenth of a second, the energy released is equivalent to the energy radiated by our Sun in 100,000 years,” he explains, “Observations revealed multiple pulses, with the pulse appearing The first is only about tens of microseconds, much faster than other extreme pulses.”

It is believed that eruptions in magnetars may be due to instability in their magnetosphere or to a type of earthquake produced in their crust, a hard, flexible layer about one kilometer thick. “Regardless of the trigger, a kind of wave will be generated in the star’s magnetosphere, Alvin waves, which are well known in the Sun and which, as they bounce back and forth between points at the base of their magnetic field lines, interact with each other dissipating energy,” Castro points out. Tirado.

The oscillations detected in the eruption are consistent with the emission from the interaction between the two thousandth waves, the energy of which is rapidly absorbed by the crust. Thus, within a few milliseconds, the magnetic reconnection process ends, and thus also the pulses detected in GRB200415, which disappeared 3.5 milliseconds after the main explosion. Analysis of this phenomenon has made it possible to estimate the size of the glow was similar or even greater than the size of the neutron star itself.

The eruption was detected by the ASIM instrument, aboard the International Space Station (ISS), which was the only one of a total of seven able to record the main stage of the eruption at its full power range without suffering from saturation. The science team was able to solve the temporal structure of the event, a really complex task that involved more than a year of analysis of a second of data.

“Detecting quasi-periodic oscillations in GRB200415 has been a challenge from the point of view of signal analysis. The difficulty lies in the shortness of the signal, whose amplitude decays rapidly and is an integral part of background noise. Distinguish between signal and noise. We thus owe this achievement to the sophisticated data analysis techniques that were applied independently by different team members, but it is undoubtedly also a technical achievement due to the excellent quality of the data provided by the ASIM instrument on board the International Space Station,” notes Javier Pascual, an IAA-CSIC researcher who was also involved in the work.

The most distant magnetism ever observed

These flares have been detected in two of the 30 known magnetic galaxies in the Milky Way, but also in two others located in other galaxies. GRB2001415 will be the most distant magnetic eruption detected to date, found in the Sculptor cluster of galaxies, about 13 million light-years away.

“This eruption has provided a crucial element for understanding how magnetic stresses are produced in and around a neutron star. Continuous observation of magnetic stars in nearby galaxies will help understand this phenomenon, and will also pave the way for learning more about the explosions. Stations, today one of the most mysterious phenomena in astronomy” .

The work uses data from ASIM, a European Space Agency (ESA) mission, with strong Spanish participation led by the University of Valencia (UV) and the National Institute for Space Technology (INTA). The co-authors are also researchers from the aforementioned university, and from the universities of Cádiz and Málaga, also using data from the BOOTES robotic telescope network (led by Castro Tirado) and Gran Telescopio de Canarias.