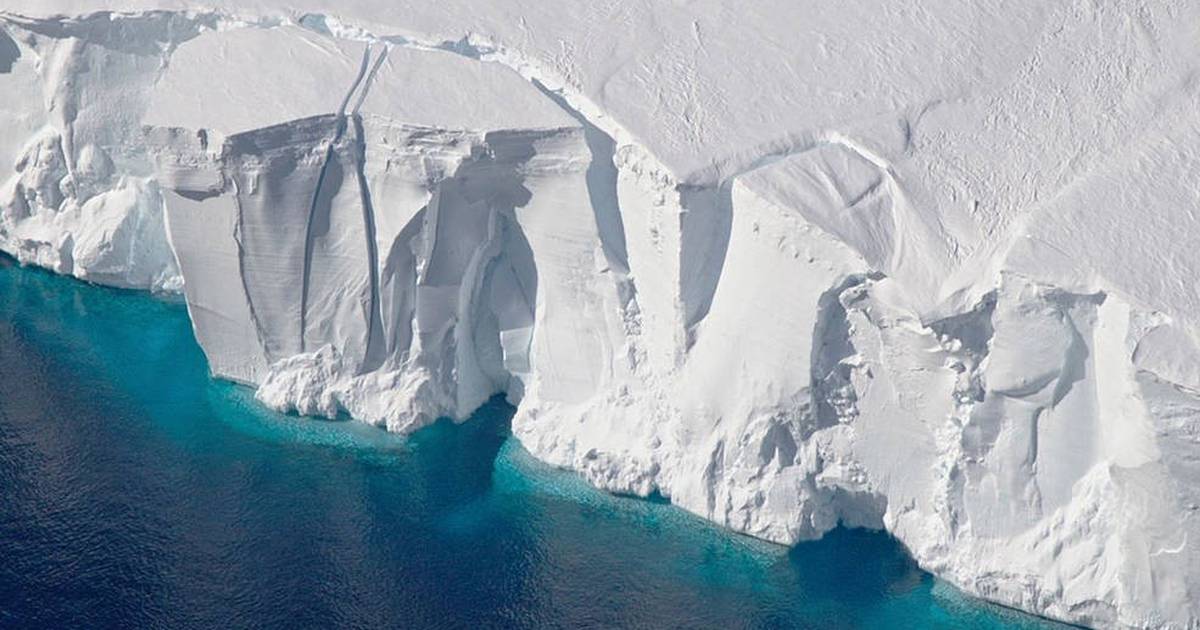 The biggest uncertainty in predicting global sea-level rise is how ice loss from Antarctica will accelerate as the climate warms. Two studies published Aug. 10 led by researchers at NASA’s Jet Propulsion Laboratory in Southern California reveal unexpected new data about how the Antarctic ice sheet has lost mass in recent decades.

A study published in Nature shows how glaciation (ice generation from a glacier front) has changed the Antarctic coast over the past 25 years. The researchers found that the edge of the ice sheet was removing icebergs faster than the ice could replace.

This surprising discovery doubles previous estimates of ice loss from Antarctica’s floating ice shelves since 1997, from 6 billion to 12 billion metric tons. Ice loss from birth has weakened the ice shelves and allowed Antarctic glaciers to flow more rapidly into the ocean, accelerating the global rate of sea level rise.

The other study, published in Earth System Science Data, shows in unprecedented detail how the thinning of Antarctic ice has spread as the ocean melted from the continent’s outer edges into its interior, nearly doubling in the western portions of the ice sheet in the past decade. . Taken together, the supplemental reports provide the most comprehensive view yet of how the frozen continent has changed.

“Antarctica is collapsing,” JPL scientist Chad Greene, lead author of the iceberg birth study, says in a statement. “And as the ice shelves shrink and weaken, the massive glaciers on the continent tend to accelerate and increase the rate of global sea level rise.”

Most Antarctic glaciers empty into the ocean, where they end up with floating shelves of ice up to 3 kilometers thick and 800 kilometers wide. Ice shelves act as supports for glaciers, preventing ice from simply sliding into the ocean. When ice shelves are stable, they have a natural cycle of shedding and regeneration that keeps their volume fairly constant over the long term.

But in recent decades, rising ocean temperatures have destabilized Antarctica’s ice shelves by melting them from below, making them thinner and weaker. Satellite altimeters measure thinning by recording the changing height of ice, but until this study, there had been no comprehensive assessment of how climate change would affect iceberg generation across the continent.

This is partly because satellite imagery is difficult to interpret. For example, Green said, “You can imagine looking at a satellite image and trying to tell the difference between a white iceberg, a white ice shelf, white sea ice, and even a white cloud. This has always been difficult. But now we have enough data from sensors. Multiplexes via satellite to see a clear picture of how the coastline of Antarctica has evolved in recent years.”

For the new study, Greene and colleagues compiled satellite images of the continent at visible, thermal (heat) and radar wavelengths from 1997. Combine these measurements with an understanding of ice flow gained from an ongoing project NASA mapping glaciers to edges of ice shelves about 50,000 km away. A kilometer from the coast of Antarctica.

Calf losses have so far exceeded the natural growth of the ice shelf that researchers believe it is unlikely that Antarctica will be able to grow again to its pre-2000 range by the end of this century. Indeed, the results suggest that more losses can be expected: the largest ice shelves in Antarctica appear to be on track for major calving events in the next 10-20 years.

See also  Future Leaders Forum, a space for dialogue among young talents, celebrates its second edition dedicated to the future of the digital global system

In the accompanying study, JPL scientists collected nearly 3 billion data points from seven spaceborne altimeters to produce the longest continuous data set on the changing height of ice cover, an indicator of ice loss, since 1985. They used radar and laser measurements for ice height, with an accuracy of up to centimeters, to produce monthly ice loss change maps with the highest resolution ever possible.

Unparalleled detail in the new record reveals how long-term trends and annual weather patterns affect the ice. It even shows the rise and fall of the ice sheet as subglacial lakes regularly fill up and empty miles below the surface.

“Small changes like this, combined with a better understanding of long-term trends from this data set, will help researchers understand the processes that influence ice loss, leading to better future estimates of ice increase,” Johan said. Nelson, lead author of the study at the Jet Propulsion Laboratory.