Science.-Hubble Captures the Cosmic Impact of the Pentagram 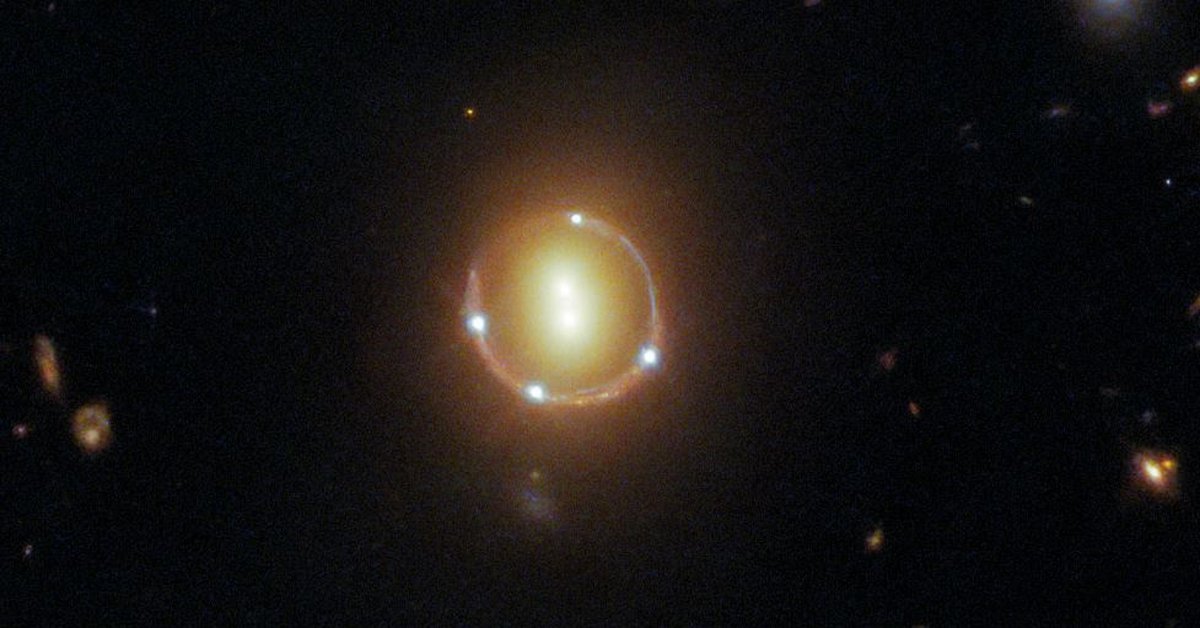 Six bright spots of light gather in the center of the NASA/ESA Hubble Space Telescope image, four of which form a circle around a central pair.

However, appearances can be deceiving, as this formation does not consist of six individual galaxies, but only three: to be precise, a pair of galaxies and a distant quasar.

The Hubble data also indicates a seventh point of light in the same center, which is a rare fifth image of the distant quasar. This rare phenomenon is caused by two galaxies in the foreground that act as lenses.

These galaxies were imaged in stunning detail by Hubble’s Wide Field Camera 3 (WFC3), which was installed on Hubble in 2009 during Hubble’s final mission. WFC3 was supposed to run until 2014, but 12 years after its installation it continues to deliver high-quality data and images like this, the ESA mission website reports.

The central pair of galaxies in this image are actually separate galaxies. The four bright spots that surround it, and the fainter in the middle, are actually five separate images of a single quasar (known as 2M1310-1714), an extremely bright but distant object.

The reason behind the “pentagram vision” effect is a phenomenon known as gravitational lensing. Gravitational lensing occurs when a celestial object with an enormous amount of mass, such as a pair of galaxies, distorts the structure of space so that light traveling through that space from a distant object is bent and amplified enough that humans here on Earth can view multiple magnified images of the distant source.

The quasar in this image is actually farther from Earth than the galaxy pair. The light emitted by the quasar is bent around the galaxy pair due to its enormous mass, giving the incredible appearance that the galaxy pair is surrounded by four quasars, when in fact, one quasar star lies far from them.