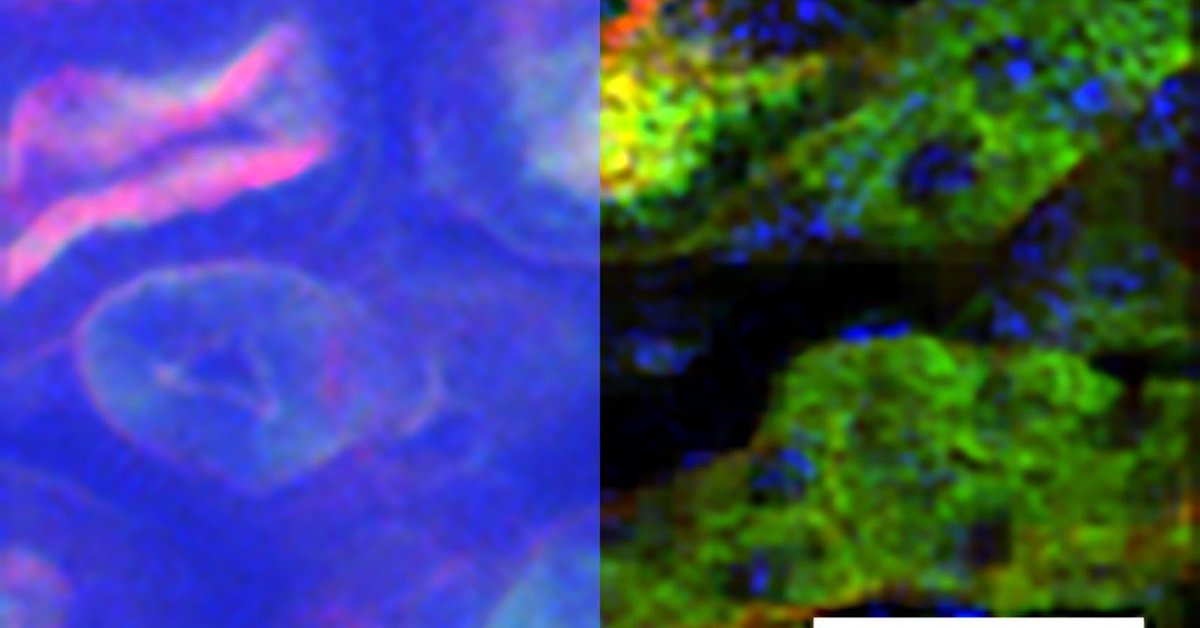 North American researchers have unveiled a new system that uses computational imaging to obtain high-resolution images at speeds 100 to 1,000 times faster than other cutting-edge technologies using complex algorithms and machine learning, which could advance research in biology and neuroscience. In “Science Advances” magazine.

Microscopy scientists have long been trying to find a way to produce high-quality images of the deep tissues of living things in time. Until now, they had to choose between image quality or speed when it came to looking at the inner workings of complex biological systems.

According to experts, this progress will have a major impact on researchers in biology and neuroscience. Now, Dushan N. Wadwag, John Harvard’s Distinguished Scientific Fellow at the FAS Center for Advanced Imaging, along with a team from MIT, have detailed a new technology that makes this possible.

In this article, the team presents a new process that uses computational imaging to produce high-resolution images 100 to 1,000 times faster than other cutting-edge technologies with complex algorithms and machine learning. This method can turn a process that takes months into days.

The system, called De-scattering with Excitation Patterning (DEEP), is believed to be the first of its kind and may one day lead to a new understanding of how samples of complex tissues, such as the brain, work, because it can take pictures that other microscopes cannot.

“Because of the ability to speed up what can be imaged and how quickly it can be accomplished, scientists will be able to get images of rapid processes that they could not capture before, such as what happens when a neuron fires or how it moves signals in the brain,” Wadwag says.

“Plus, since you are technically faster, it is possible to get images of a larger size all at once, and not just for a small field of view as would happen with a slower imaging system – he continues -. It’s like being able to see a much larger image, and that’s very important. So that neuroscientists and other biologists can get better statistics, as well as learn what’s happening around the area being imaged.”

The system works like many other animal imaging technologies. It uses near-infrared laser light to penetrate deep biological tissues that scatter light. This light excites the fluorescent particles that the researchers want to image and sends signals that are picked up by the microscope to create an image.

There are two main ways to take these types of photos. Multiphoton microscopy can penetrate deep into the sample and capture high-quality images. The downside is that the process is very slow because the image is forming point by point. If a researcher wanted to take a picture in centimeters, for example, it could take months. It also limits studies of rapid biological dynamics, such as neuronal firing.

The other method is called temporal focus microscopy, which is much faster and can capture images at a wider range, but is not capable of capturing high-resolution images at depths greater than a few millionths of a meter. Fluorescent light is scattered too much, causing image deterioration when detected by the camera.

However, DEEP allows rapid penetration into large-scale tissue and produces high-resolution images. The system shines a broad light on the subject as in the method of temporary microscopy, but this laser light follows a specific pattern.

A computational image algorithm that knows the initial pattern takes the collected information to reverse the process when it is scattered and then reconstructs it, destabilizing the image. This is especially cool because it takes a reconstruction of structural features from millions of measurements to tens and hundreds. DEEP can image hundreds of microns deep through dispersed tissue, compared to raster scanning techniques.

DEEP is still in its early years of development, but it’s coming out of the proof-of-concept stage. “We’ve shown that we can get images of about 300 microns in the brains of live mice,” Wadwag says. “But because this is only the first demonstration, almost all aspects of the technology have room for improvement.”