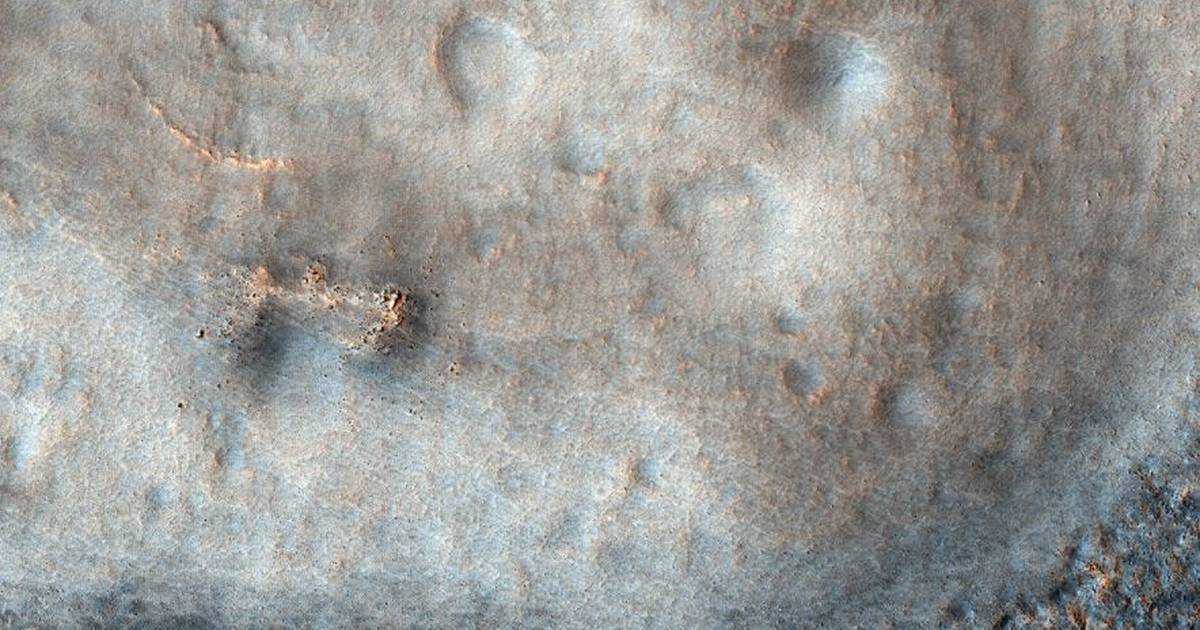 This image from the University of Arizona’s HiRISE camera aboard NASA’s MRO Mars Orbiter indicates the presence of mud volcanoes on the Red Planet.

The image, taken on October 24, 2021 at an altitude of 303 km, shows a flat plain with several low, lumpy hills. Some of them have different colors and tones than the surrounding plains, suggesting that they were made of a different type of material.

While the origin of these ridges is uncertain, one idea that seems a better fit is that they are sediments left over after the eruption of the wet sediments at the surface, according to a statement from the HiRISE team.

This can happen when thick sediments of wet sand and clay are shaken off, for example by a meteorite impact, and the Earth briefly loses its strength, allowing dirty water to be expelled from the sediment. On Earth, this “liquefaction” process can occur during earthquakes.

The scientists concluded that if this hypothesis is correct, it means that these mounds provide samples of a potentially habitable environment that we would need massive digging to get into.