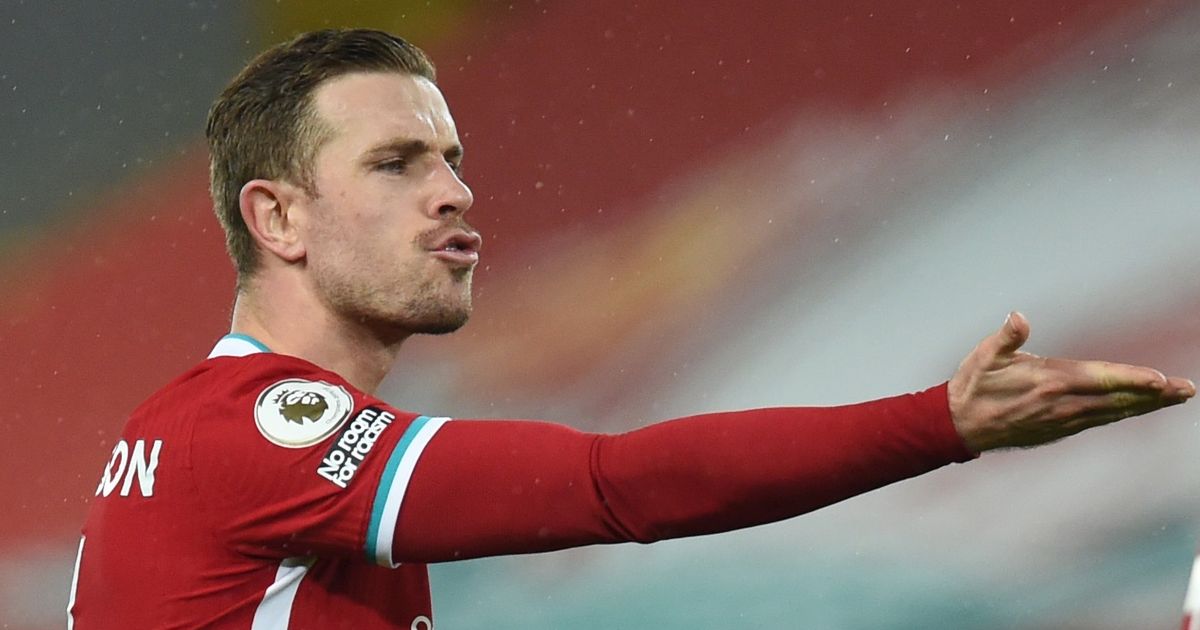 Liverpool suffered their second consecutive loss at home in the Premier League when they lost to Brighton on Wednesday.

The Reds They now fail to score in three consecutive league matches on their home turf for the first time since 1984 After a dismal defeat 1-0.

But there was a lot that went unnoticed or under the radar for the 90 minutes at Anfield.

Liverpool’s sad show was set in tone during the opening half hour as they constantly introduced the ball to Brighton.

By any means, the only player with some nightmare, Xherdan Shaqiri, who plays on the left, regularly coughs for possession cheaply.

One case triggered a pressure fit from Brighton and prompted a scathing voice-over from Henderson once the ball was finally cleared.

To be fair, the captain might have yelled at most of his teammates for the same problem at the final whistle – and so is he.

With Liverpool frighteningly stumbling, the newcomers may have been wondering what they let themselves in.

While Ben Davis was among the substitutes, Ozan Kabak had to content himself with keeping his eyes open in the stands during another boring evening.

The Turkish international, on loan from Schalke 04 until the end of the season, also continued from the sidelines during the warm-up period.

Then he received a big hug from Kostas Tsimikas. That was nice.

An even more familiar face was the welcome return to Anfield on Wednesday night.

Sitting side by side with Kabak at the main amphitheater Naby Keita was the least watched.

The Guinean has not appeared for the first team since the 7-0 victory over Crystal Palace before Christmas, and is one of eight first-team players missing by Brighton.

Klopp hopes it won’t be long before Keita is back where he belongs – on the field.

What went wrong with Liverpool? Share your opinion in the comments section below.

Anfield is out of tune

For those of us who have been able to attend Anfield regularly this season, the pre-match playlist has sparked nearly as much controversy as any VAR decision.

We have to say that he wasn’t always aware of the fact that we are in the 21st century. Fair play, though, turns into a mix of modern and classic that caught the eye at Wednesday’s press box.

However, all the good work was undone when the final melody was suddenly cut by the horror that marks the Premier League anthem this season.

Looking at what followed, the lesson is definitely this – don’t cut Earth, Wind and Fire in all their glory.

See also  NASA is giving up the temperature of Mars