Student Startups Popular All Over the World 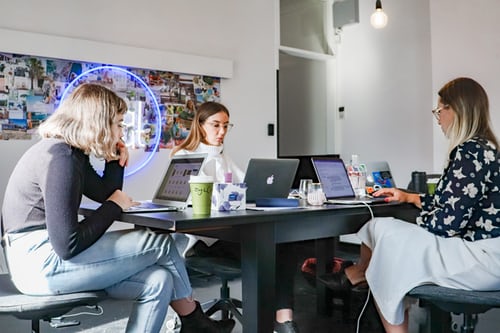 Have you ever thought about how many startups you know were founded by students? The whole list is huge, so we’ll tell you about the well-known ones.

Student Startups Popular All Over the World

Many young people look at successful businessmen and dream about having their own startups. The majority of people like this trend because it motivates students and makes them more conscious when choosing a profession. At the same time, students look at these successful business owners and understand they are young enough to try to do something. However, they probably don’t know that the businessmen they see everywhere had started their way long ago when they were college students. Nothing is a given, and it doesn’t mean that the company you establish in 22 will survive all crises and start yielding an income.

You’re probably eager to know what companies and products you use now were established by students. Here are the most popular ones.

Everyone has visited Reddit at least once to find an answer to certain questions or discuss something important in the community of experts. Reddit is a service combining characteristics of social media and forums. It was founded in 2005 by the graduates of the University of Virginia: Steve Huffman, Aaron Swartz, Alexis Ohanian. They attended a lecture of one successful programmer-entrepreneur, and then students decided to consult him about their idea of the startup. He advised graduates to address the Y Combinator — a startup accelerator. Their first startup was unsuccessful, so they worked on mistakes, got a grand, and launched Reddit.

Almost 4 billion people worldwide use this search engine or other Google products. When Sergey Brin and Larry Page had been toying with the idea of creating a new search engine, they didn’t even think that Google would become a world-famous company. The foundation date is 1998. At the time, the founders were studying to obtain a Doctoral degree at Stanford University. Moreover, initially, Google was a research project where they tried to develop a new algorithm to rank websites’ relevance. These people don’t work in Google now, but the whole world remembers the struggles and efforts to make a revolution in search engines.

You may think there are no people in your life who use Dell products; therefore, it’s not popular. However, people’s opinion can’ change the fact that it’s the third-largest PC vendor globally. The founder, Michael Dell, was a student of The University of Texas at Austin when he created Dell Computer Corporation. We aren’t joking. Its headquarters was in Michael’s dorm room. Michael Dell is one of those people who gave up studying to be fully involved in their business. But you must take note that the founder was an undergraduate student, so he already has some knowledge.

The whole world knows that Mark Zuckerberg founded this social media while studying at Harvard University. He was a sophomore. Moreover, Facebook was launched by the common efforts of Mark and his friends: Dustin Moskovitz, Eduardo Saverin, Chris Hughes. Facebook was launched in 2004 with the aim to keep in contact with friends and other students of Harvard University. That launch was difficult for Mark because of the academic load and certain issues with older students. After a month, he released this project, a large percentage of students had registered on Facebook. In 2006, Facebook became publicly accessible.

We consider it necessary to mention this successful startup because not all small endeavors worry about nature. You may know this company as Silvia Terra. It was founded in 2009 by Yale University student Max Nova. This project presupposes the use of small satellites for tracking the number of forests. In the beginning, Max and his colleague counted trees on the land alone. It was too expensive and difficult, and then Max and Zack Parise developed a specific algorithm to use satellites to analyze the specific areas of land. Nowadays, the company is called NCX and cooperates with foresters, landowners, and businesses with one aim: to save the sources of our planet.

This startup is the oldest on this list. Time Magazine was founded in 1923 by Henry Luce and Briton Hadden. They were studying at Yale University and had some experience with managing the newspaper: Britton was a chairman, and Henry was an editor of Yale Daily News. It became the most popular weekly newspaper in the USA. Moreover, there emerged a European, South Pacific, and Asian edition of Time. That’s why it’s possible to say that these students created a benchmark for all other magazines.

As you see, there’s nothing that prevents you from founding your own startup, even if you’re young. However, we agree that being a student-businessman is complicated because you need to maintain your academic performance. Try to remember how you managed the heavy load earlier. Perhaps you decided to pay to get homework done. Nowadays, it’s possible to place an essay order online and get the paper fast. If you have some bright ideas and are sure they’ll bring you a good income, you probably think, “I’d better hire an expert who can write my essay for me cheap,” and this train of thought is the right one. You may become one of the people who’ll change the world, so follow your dream.