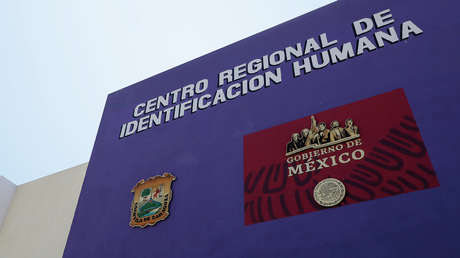 The taxi driver who was transporting the athlete also stopped responding to messages from his relatives and was reported missing.

The State Prosecutor of Michoacan (Mexico) reported the disappearance of Alexis Cervantes Guerrero, a 32-year-old basketball player for the Libertadores de Querétaro, on Sunday.

The athlete in the municipality of Los Reyes was participating in a series of tournaments and Last seen on December 21, when he boarded a bus to Guadalajara to later take a trip to his hometown of Guasavi, Sinaloa, where he intended to celebrate the New Year with his family.

However, the Primera Plus line bus ended up returning to the starting point for some reason still unknown, report local media.

“He’s already been to Michoacan a few times, maybe that’s why it was so easy for him to come back. He’s never had problems, it’s so calm. He showed no sign that he was in dangersaid Oscar Cervantes Guerrero, Alexis’ brother.

The athlete decided to take a taxi at the Los Reyes bus station. However, the authorities also reported the missing driver, Marcos Sandoval Julian, who had stopped responding to messages from his relatives after he confirmed that he was going to Guadalajara and that he was between the cities of Sahuayo, Michoacan and La Barca.

The area where Guerrero disappeared is the Los Reyes Cartel, which belongs to the United Cartels, a criminal organization that is credited with many of the kidnappings and disappearances.