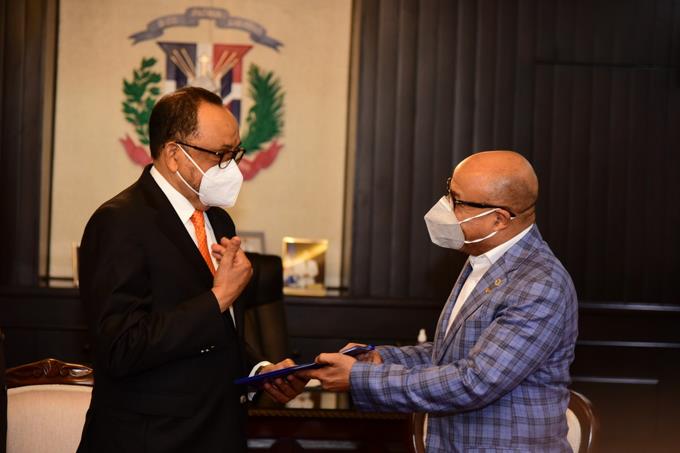 On Friday, the executive branch deposited the referendum bill to the National Congress, through the House of Representatives.

The Legal Counsel of the Executive Authority, Antoliano Peralta Romero, and Sub-Counselor Pedro Montella Castillo delivered the legislative material to the Speaker of the House of Representatives, Alfredo Pacheco on behalf of President Luis Abinader.

Peralta Romero noted that although other projects have been submitted to legislatures for a similar purpose, the draft presented now has the specificity of exclusively referring to the referendum in its advisory and constitutional method.

“This is in order to speed up the regulation of this particular figure, without prejudice to the fact that it is possible later to develop other mechanisms for citizen participation stipulated in the constitution,” said Peralta Romero.

The initiative is deposited It deals with the principles on which this figure is based and its application.

It details who can initiate the referendum process and how the National Congress defines the aforementioned request in the various cases. It also deals with the procedure followed to achieve the consultations, among other important aspects.

Peralta Romero indicated that from now on, the initiative will take the natural path of organic law, which requires approval of a special majority in each house.

With this step, the government continues its announced plan to strengthen institutions and democracy, through a series of legal reforms and strengthening some public policies, the official said.