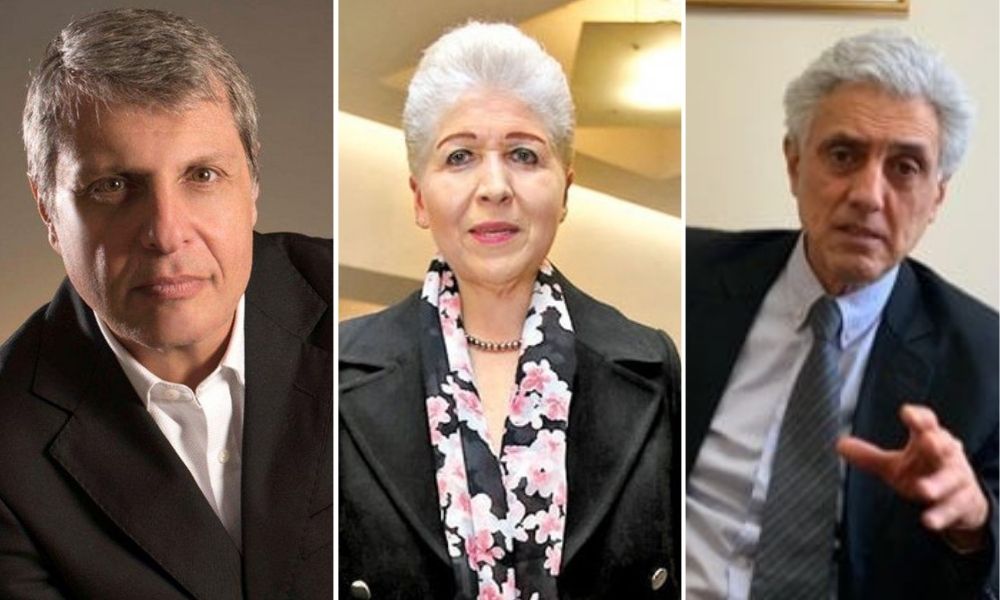 This Wednesday, October 20, the Permanent Council of the Organization of American States (OAS) approved a resolution on “the situation in Nicaragua,” with 26 countries in favor, seven against and seven abstentions.

Also read: OAS does not know the voting results in Nicaragua

Mexico, Argentina and Honduras in particular were the countries that once voted against the resolutions condemning Ortega’s repression, but now they have become a no – vote.

The government of Mexico, led by Manuel Lopez Obrador, and the government of Argentina, led by Alberto Fernandez, are on the left-wing ideological line, such as Ordega in Nicaragua. This year, however, they have revealed an important position regarding the arrest of presidential candidates in the middle of an election year in Nicaragua.

However, the two governments consulted with their ambassadors in Nicaragua, and the mutual rule transferred its ambassadors to Managua.

Bolivia’s case is very popular because its representation is voting against Nicaragua’s OAS resolutions, a country with political ties to the Ordega regime and both members of the Alpha TCP initiative, this time attached to the dissenting constituency.

Other countries characterized by boycotting Nicaragua are the Caribbean states, this time not only Barbados and the islands of Saint Vincent and the Grenadines. In previous sessions Suriname, Dominica, Trinidad and Tobago, Grenada, Saint Kitts and Nevis abstained or sometimes voted against, although this Wednesday they voted in favor.

“The resolution was approved with 26 votes, with the same number of votes cast in June, with some deviations, but this time no country voted against. Eddie Azevedo, chief executive and senior adviser at the Wilson Center, said.

In his speech before the council session, the Uruguayan ambassador to the OAS, Manuel Juan Washington Abdala, sharply criticized not only the Ortega regime in Nicaragua, but also those who did not accept the resolution on Nicaragua.

“Whatever we do, the only thing we do at the international level is to justify, speak and do what the dictatorship does not do; the dictatorship kills, assassinates, loses freedom, does not allow candidates to operate freely,” the Uruguayan ambassador said.

Also read: OAS approved, with 26 votes in favor, resolution calling for an immediate solution to the crisis from the Ortega regime

Washington said Abdala could not understand these countries in a clear reference to Argentina, Bolivia, Mexico, Guatemala, Honduras, Barbados and Saint Vincent and the Grenadines unless abstaining from voting was an ideological matter. .

“It would be sad if it was an ideological reading in this session, I think that’s not the way,” Washington Abdala said.

The Uruguayan ambassador reaffirmed that it was the duty of the OAS member states to defend democracy and recognized that there was “little” they could do.

The Uruguayan ambassador cited the case of exiled Nicaraguan writer Sergio Ramரres, who was persecuted by Daniel Ortega for criticizing the regime.

In that sense, it is possible Washington did not see the light of day.

“Did Sergio Ram ராமrez lose all credibility? I wonder, when I was an officer of the Santinista National Liberation Front, I had a position, and now it has evolved. Now he has to be deported to Costa Rica because they do not watch interviews on international networks because they do not see what is happening in Nicaragua on television. I have not seen it, “said Abdallah, of Washington.

Argentina and Mexico are arguing for withdrawal

Prior to the Uruguayan ambassador’s intervention, Argentine Ambassador Carlos Alberto Raimundi spoke out in defense of his country’s departure.

Although his country agreed with “certain sections of the text” of the resolution, Raimundi stressed that they did not consider it appropriate to come up with a statement.

“We consider it inappropriate and not timely for reasons such as those we have provided in our joint statement with Mexico in the past,” Raimundi said.

Also read: OAS approved, with 26 votes in favor, resolution calling for an immediate solution to the crisis from the Ortega regime

Mexico’s ambassador, Loos Elena Banos Rivas, was asked to speak as soon as he voted, arguing he was leaving.

He expressed his country’s concern that “a member state deepens its isolation” and called for talks to resolve the situation in Nicaragua. “We are not trying to interfere,” he added.

On the other hand, the Ambassador of Antigua and Barbuda, Ronald Sanders, called another of the OAS member states who rejected Nicaragua ‘s allegations and those who called the session “the situation in Nicaragua” an interruption.

“We did not attempt to interfere in Nicaragua’s internal affairs. Nicaragua joined the OAS and complied with OAS regulations,” Sanders said.

Meanwhile, the U.S. representative, Bradley A. Frieden called the ongoing vote in Nicaragua “a sham job” and called for the release of political prisoners. He warned that his country would continue to use all diplomatic tools to hold those responsible for the country’s slide.

The resolution was approved by 26 countries, with nothing against, not just Nicaragua, with 7 countries abstaining.

The resolution, entitled “The Situation in Nicaragua” reiterates the demand for the “immediate release of presidential candidates and political prisoners.” “It expresses its deep concern over the fact that the Permanent Council’s efforts to secure the Nicaraguan government to hold free and fair elections have been ignored.”

“It urges the Nicaraguan government to implement the principles of the Interim Democratic Charter without delay, as well as to monitor the possible OAS and other credible international observations aimed at holding free, fair and transparent elections as soon as possible, including all internationally recognized electoral reforms.”

It also finally asks, “if necessary, to adopt other measures in accordance with the US-US Democratic Charter, including the Charter of the Organization of American States and the assessment of the November 7 elections during the 51st General Assembly.”

Democratic governments do not imprison their opponents before an electoral process. Today, we are pleased to see most member states @OAS_ is official Condemnation of Ordega and Murillo’s abuses against the people of Nicaraguan, “he wrote.

Democratic governments do not imprison their opponents before an electoral process. Today, we are pleased to see most member states @OAS_ is official Condemnation of Ordega and Murillo’s abuses against the Nicaraguan people. https://t.co/rBTapPins8

For his part, Jose Miguel Vivango, director of the US Human Rights Watch, lamented Argentina’s position on Twitter.

It is unfortunate that Argentina did not support the OAS resolution against repression in Nicaragua.

Throughout its democratic history, Argentina has generally taken a clear stand on the protection of human rights. The foreign policy of the current administration is worrying.