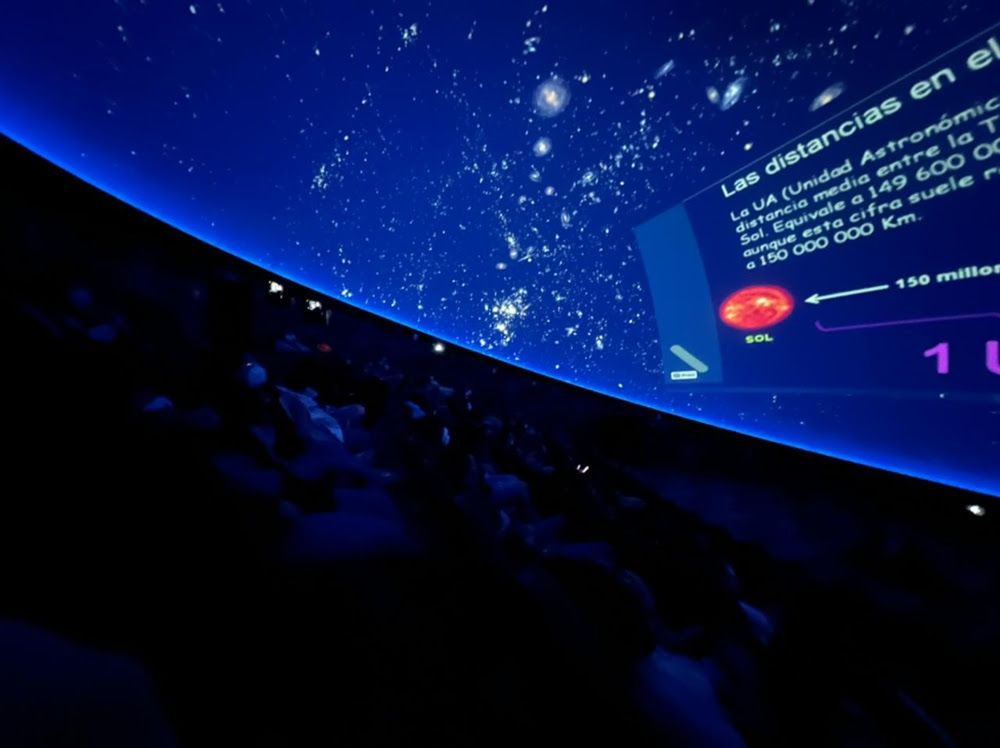 As part of the activities organized by the Ministry of Culture and Tourism to promote knowledge through science, the “Solar System” conference was held at the Planetarium of the Science Park “Fundadores”, presented by specialists from the Toluca Valley Astronomical Society.

Speakers explained to the audience various facts about our solar system, such as the fact that the sun is at its center, around which the planets and other celestial bodies revolve (by the force of gravity); They also reported that it formed approximately 4.6 billion years ago as a result of the gravitational collapse of a giant molecular cloud, according to various studies.

To measure the orbits and paths within the solar system, the astronomical unit (AU) is used, which is the average distance between the Earth and the Sun, equal to 149,597,870,700 metres.

When declaring the distance between the Sun and the eight planets of the system, members of the Toluca Valley Astronomical Association shared that the distance from Mercury is 0.4 AU, and it takes 88 days to translate.

Venus is the hottest planet in the entire solar system, due to its thick atmosphere, it is located at a distance of 0.7 AU from the Sun; In addition, due to its proximity to the astral king, it is the only one whose year lasts less than its day: the year of Venus lasts 226 Earth days and its day equals 243 Earth days.

The Earth’s rotation period is 23 hours 56 minutes; It is one astronomical unit from the Sun and its year lasts 365 days. While Mars is 1.5 AU, its year lasts 1.9 Earth years and its rotation lasts 1 day and 36 minutes.

Jupiter, the largest planet, makes one revolution in 9 hours 55 minutes; It is 5.2 AU from the sun. From Saturn, the great master of the rings, it is known that if the moon approaches the planet, it will collapse and turn it into a ring.

The Toluca Valley Astronomical Society also reports that it will participate in the coming weeks with more conferences aimed at children and adults to better understand the various phenomena that originate in the solar system.

The venue for the Solar System conference was the latest generation 360-degree planetarium, located in the Fundadores Science Park, linked to other planetariums around the world.

To find out about upcoming conferences, the public can consult the social networks, Facebook and Twitter, at EdomexTurismo.